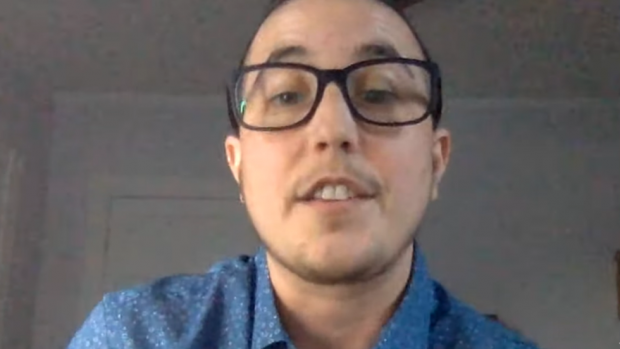 The refusal of a Virginia university to fire a transgender assistant professor who defended pedophiles and said they should be given child sex dolls has outraged students, alumni, politicians and the school's LGBTQ board, who say it is proof of a double standard that protects woke staff.

Allyn Walker, 34, is an assistant professor of sociology and criminal justice at Old Dominion University in Norfolk, Virginia. The non-binary teacher claimed in a recent interview to promote their new book that pedophiles shouldn't be ostracized, that they can't help who they are attracted to and that they should be given child-like sex dolls to satisfy their urges.

Walker, formerly known as Allison, made the comments in an interview to promote their book Long Dark Shadow: Minor Attracted People and their Pursuit of Dignity. They believe pedophiles should be referred to as Minor Attracted People, and that they don't 'choose' who to be attracted to so shouldn't be considered 'immoral'.

'I want to be extremely clear that child sexual abuse is never ever okay,' they said, before saying pedophiles should be offered 'help' and aren't' 'destined' to act on physical urges.

There was immediate and intense outrage among students, who said the professor was using a 'blanket' term for pedophilia and was an apologist for criminals.

The university's own Trans Advisory Board released a statement to call Walker's remarks 'reprehensible', damaging to the victims of pedophilia and not reflective of the views of the trans community at large.