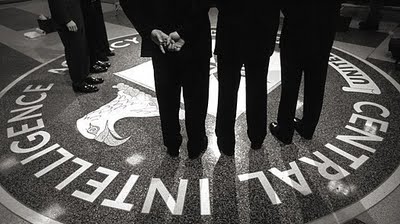 They have learned to do so by watching what "their" governments do against those who seek information that the powerful wish to hide from us. That is why they need to silence our messenger Julian Assange. That is why The Establishment continues to cover up its murder of the only American president, who challenged the might and will of the "deep state", namely, the Central Intelligence Agency.

This essay delves into some of the most hideous of CIA murderous crimes.

The truth is that the CIA runs United States' foreign policy covertly, along with the Pentagon and the weapons/oil/minerals industries, which are somewhat more visible. The Establishment knows the "intelligence community" murdered President John F. Kennedy and his brother Robert F. Kennedy, who would have reopened the murder investigation of his brother had he been allowed to continue and wind the 1968 presidential campaign.  New Evidence Implicates CIA, LAPD, FBI and Mafia as Plotters in Elaborate "Hit" Plan to Prevent RFK From Ever Reaching White House – CovertAction Magazine and JFK-scatterCIAtoWinds.pdf (ratical.org)

The military-industrial complex dominates the U.S.  Dwight Eisenhower—one of its generals and presidents—told us upon turning over the reins of official power to John Kennedy. Eisenhower and Vice-President Richard Nixon delivered their parting gift to Kennedy: Overthrow Cuba's revolution and its legitimate government with an invasion, starting at the Bay of Pigs, southwest of Havana, which set the stage for the nearest the United States has come to starting Armageddon. (See chapters 1-6 of my book, The Russian Peace Threat: Pentagon on Alert, concerning the following information on U.S. murderous aggression against Cuba. The Russian Peace Threat: Pentagon on Alert: Ridenour, Ron: 9780996487061: Amazon.com: Books)