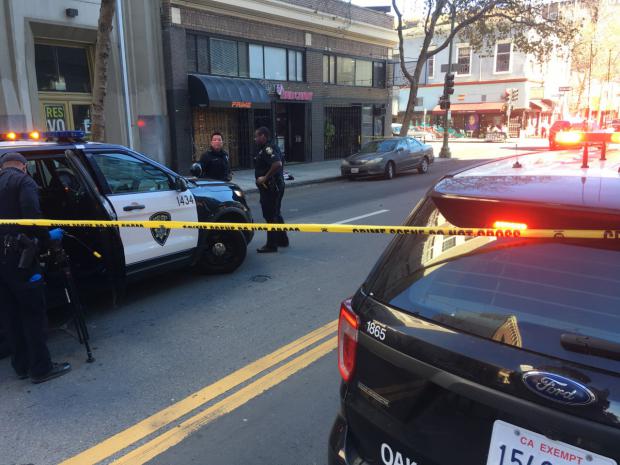 Kevin Nishita, a father of two and grandfather of three, was on assignment to guard the KRON4 team as it was reporting on the latest smash-and-grab raid in California on Wednesday when a robber targeted the TV crew for their cameras.

Nishita, a former police officer, confronted one of 12 masked robbers to protect the reporters, and the thief shot him in the lower abdomen. He was rushed to Highland Hospital to undergo surgery, but died on Saturday morning.

KRON4, its parent company Nexstar Media Inc., Nishita's employer Star Protection Agency and the Oakland Police Department have issued a $32,500 reward for information on the suspects.

'We are devastated by the loss of security guard and our friend, Kevin Nishita,' KRON4's Vice President Jim Rose said in a statement. 'This senseless loss of life is due to yet another violent criminal act in the Bay Area.'

The death comes as the San Francisco Bay Area, Los Angeles and other cities across the country continue to face brazen robberies at the hands of organized flash mobs.

The news team from KRON4 had been reporting on Wednesday on a robbery which had involved 12 armed thugs wearing masks and hoods targeting a Prime 356 clothing store in Oakland.

It is not uncommon for news teams to hire private security to ensure the safety of everyone involved.

Anarchy on the Upper East Side: