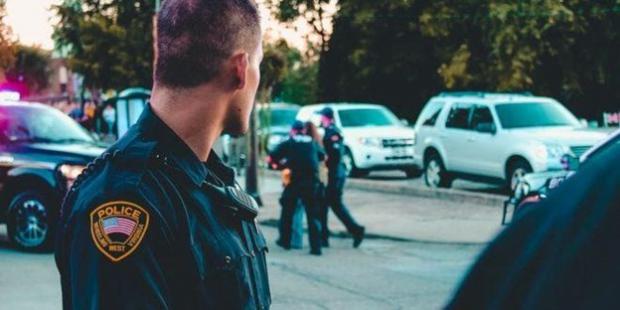 The National Police Association is calling for bystanders to step in and help if they see an officer being assaulted rather than film it for 'likes and attention,' as more than 50,000 officers have been attacked this year alone.

'This year, over 50,000 law enforcement officers have been assaulted while on duty,' Mark Solan, a National Law Enforcement Expert, says in a video. 'The vast number of these attacks were filmed and uploaded to social media in the pursuit of likes and attention.'

Just this week in New York City, a police officer was seen being attacked by a man who tried to choke him while the two tussled on the floor in a Brooklyn Target store - while an looker filmed it and then posted it online.

The association is now offering three 'simple steps' for bystanders to follow to help officers in distress.

The first step is to 'call 911 and give the officers your exact location.'

After that, bystanders are instructed to offer the officer help. If accepted, bystanders are to 'do whatever you can to safely help.' If declined, then witnesses can start to film the interaction, according to the association.