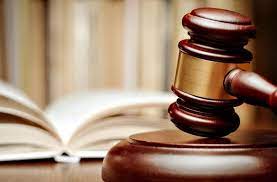 Francis Boyle is a repeat guest; I've interviewed him twice in 2020 about the likelihood of SARS-CoV-2 having been engineered in a lab. Boyle's background includes an undergraduate degree from the University of Chicago, a juris doctor (lawyer) degree from Harvard and a Ph.D. in political science. He's a professor of international law at the University of Illinois College of Law, and wrote the book, "Biowarfare and Terrorism."1

In 2020 when we initially dialoged, any mention of SARS-CoV-2 being a manmade bioweapon was highly censored and had we uploaded that video to YouTube, we would have been banned early last year rather than a few months ago. Today, the lab leak theory has been acknowledged as likely even by bought-and-paid-for mainstream media.

We also have loads of documentation showing Dr. Anthony Fauci, director of the National Institute of Allergy and Infectious Diseases (NIAID), funded unlawful gain-of-function research on coronaviruses when there was a federal moratorium on that kind of research. The National Institutes of Health and EcoHealth Alliance also appear to have colluded to avoid triggering a secondary review of these gain-of-function experiments.2,3,4,5

In this interview, we explore some of the strategies Boyle has come up with as to how we can prosecute these individuals for what they've been doing, because they're in direct violation of legislation and treaties he wrote more than 30 years ago.

"Whoever knowingly develops, produces, stockpiles, transfers, acquires, retains, or possesses any biological agent, toxin, or delivery system for use as a weapon, or knowingly assists a foreign state or any organization to do so, shall be fined under this title or imprisoned for life or any term of years, or both. There is extraterritorial Federal jurisdiction over an offense under this section committed by or against a national of the United States."