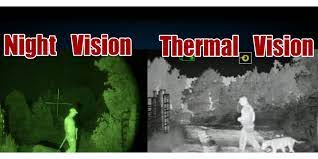 Issue #67 of The Wild Bunch Dispatch, Alt-Market's exclusive newsletter covering concepts and tactics for defeating globalism, is set to be released on November 30th. The Wild Bunch is a place to explore subjects and solutions to centralized tyranny which are rarely if ever covered by the rest of the alternative media. Meaning, we talk about direct action measures along with more passive strategies.

Night vision devices are an often overlooked aspect of preparedness. It's amazing but often true that the average prepper has dozens of rifles and sidearms on hand, many that they might take to the range once a year, but not a single working night vision scope. That is to say, the average survivalist or gun enthusiast will spend tens-of-thousands of dollars on firearms and then avoid night vision because they consider it "too expensive."

Yes, this is ironic, but I think the disparity in priorities is due to the fact that many people have no idea how important seeing at night actually is.