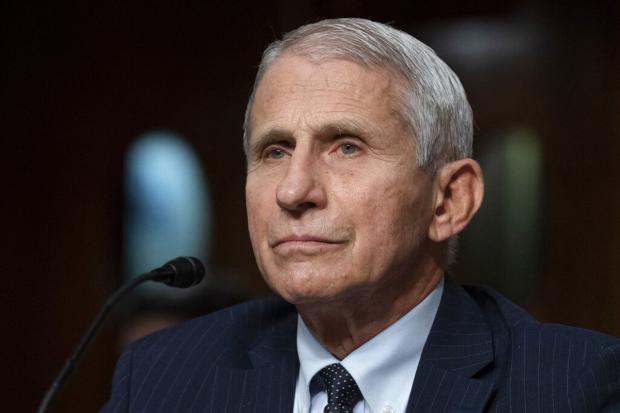 Fauci, to paraphrase "Yellowstone's" Beth Dutton, has half the people and all the government.  Beth's advice was for a woman to recognize her own worth and put her boyfriend in his place; Fauci's situation today is far more perilous.  Fauci also has half the charm of J. Edgar, and twice the totalitarian instinct.  He'll end up on the wrong end of a pike somewhere, perhaps courtesy of PETA activists. Or we might hear about a Jimmy Hoffa-style disappearance, as the powers-that-be increasingly find him to be a liability to the great reset.

Not long ago, Fauci had more than half the people.  My own Fauci-admiring, clot-shot advocating, your-liberty-is-killing-Grandma brother is even starting to question the Faucian narrative.  When I asked him when he was getting his booster, pointing out his waning immunity from his spring vaccination regime, he shrugged and parried.

So what is happening?

Many Americans haven't been paying much attention to their own country's trendlines, thanks to Lee Greenwood and Toby Keith and ingrained fantasies of modern America as a cleaned up and less violent  1850s America.  In fact, America today is far more violent, and far dirtier, in body and soul, than she was in 1850.  Empire requires government, and government requires lies, and wars, and lies about wars, and the USG has gotten pretty good at it.

I suspect that if the critical race crowd and the white privilege folks and the rabid environmentalists actually understood how empire works, domestically and globally, they might add some real value to the antiwar, free speech, and sound money campaigns.  The fact that they do not weigh in on any of these topics in any organized or informed way tells me they are tools of a much larger effort.  Whose soldiers are they?