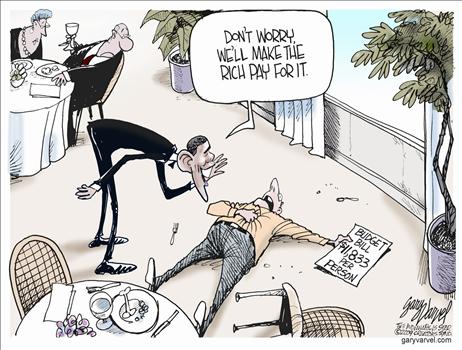 Most Americans think the United States should raise taxes for the rich to balance the budget, according to a 60 Minutes/Vanity Fair poll released on Monday.

President Barack Obama last month signed into law a two-year extension of Bush-era tax cuts for millions of Americans, including the wealthiest, in a compromise with Republicans.

IRS Releases Inflation Adjustments for 2023 Taxes: Here's What It Means For You

How Governments Could Soon Hit Investors With a Windfall Profits Tax

The IRS and Another Multi-Billion-Dollar Mistake

Americans Spent More on Taxes in 2021 Than on Food, Clothing and Health Care Combined

Why Not Just Abolish the IRS?