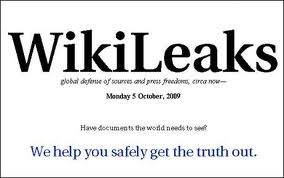 BERLIN (AP) — A German company involved in the building of European satellite navigation system Galileo says it has removed its chief executive after he was quoted in a cable obtained by WikiLeaks as describing the project to a U.S. official as "a stupid idea."

The CEO's removal came as the European Union revealed Tuesday that Galileo would need an additional euro1.9 billion ($2.5 billion) between 2014 and 2020 to complete the project's infrastructure. That comes on top of euro4.5 billion necessary for getting it off the ground between 2007 and 2013, according to the European Commission, the EU's executive which has been bankrolling the project.

OHB-System AG said late Monday that the supervisory board decided to revoke Berry Smutny's appointment as CEO. It said the firm "saw no alternative to this decision in order to effectively avert any further damage to the company."