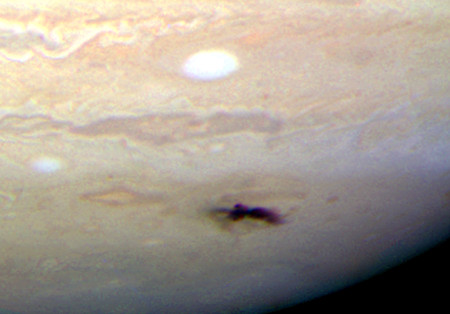 The object that plowed into Jupiter in 2009, creating a giant scar, was most likely an asteroid the size of the Titanic, rather than a comet, the latest evidence suggests.

Astronomers, presuming Jupiter had already cleared most of the asteroids out of its gravitational sphere of influence, initially suspected it was a comet that tore through the gas giant's atmosphere and exploded on July 19, 2009. But follow-up research in 2010 began to push the investigation back toward an asteroid strike.

Two newly published studies of the Jupiter impact and its resulting debris cloud have pinned the blame more firmly on an asteroid.