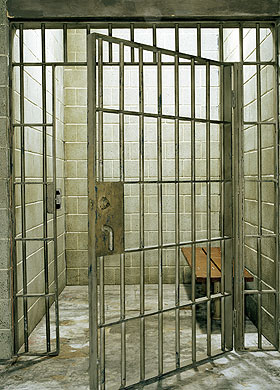 As I write this, the Egyptian state seemingly totters on the brink of collapse. One last push from what appears to be a genuine, spontaneous popular uprising may be all it takes to send “president for life” Hosni Mubarak into exile or to a wall with (perhaps) a blindfold and final cigarette.

That’s how it looks, anyway. Predicting the future of developments like this is always risky, but with the army apparently operationally neutral and its troops openly fraternizing with the revolutionary masses, I’d strongly advise against buying Egyptian government bonds at the moment.

The question, as always at times like this, is “what next?”

From an anarchist standpoint, the early stages of the Egyptian revolution are encouraging. It’s been, to all appearances, an essentially leaderless uprising aimed at the destruction of state power. That’s a good thing — but of course it scares the bejabbers out of governments everywhere, so much so that the Chinese Communist regime has taken to censoring the subject on the Internet.

The US foreign policy mandarins who’ve actively worked to keep Mubarak in power for lo on thirty years continue, still obviously trapped in the alternate reality they’ve inhabited since the end of World War II, to imagine that they can exert substantial influence over the outcome. But in the real world that outcome, from the US government’s frame of reference, will almost certainly measure out in units of “how bad can it get?” As with Iran in 1979, “blowback” is virtually inevitable. Three decades of malign interventionism can’t be made up for in a week, a month or even a year.

The usual suspects have, over the last few days, changed the chorus of their never-ending tune. “Stability” (i.e. keeping Mubarak in power) has given way to “democracy” (i.e. installing a new regime equally beholden to Washington). Neither outcome is likely.

The focal figure, so far, of the move to harness Egypt’s revolution to perpetuation of the state is former government functionary Mohamed ElBaradei. ElBaradei isn’t much to Washington’s liking, having disputed the US line on Iran’s nuclear ambitions as Director General of the UN’s International Atomic Energy Agency … but they’ll take him six days a week and twice on Sunday over the other major pro-state force lurking in the background, the Muslim Brotherhood.

According to The Guardian, ElBaradei claims a mandate from the Muslim Brotherhood and other “opposition” groups to form a “national salvation government.”

Any lasting coalition between secularist and Islamist statists seems unlikely. Eventually they’ll duke it out. But they’re pulling together for the moment to combat the specter of anarchy. It remains to be seen whether they can fool “the street” into selling its freedom for a mess of politics and co-opt the masses as instruments of their own re-enslavement. I’m deeply sorry to report that historically that’s the most common outcome.

But we can hope — and agitate — for the best.
------------
Thomas L. Knapp, Senior News Analyst and Media Coordinator at the Center for a Stateless Society, is a long-time libertarian activist and author of Writing the Libertarian Op-Ed. Knapp publishes Rational Review News Digest, a daily news and commentary roundup for the freedom movement.

1 Comments in Response to Let My People Go

"I don't see how it's possible to really keep current in text from the US, though -- things are happening too fast. Just since I hit 'publish' on this one a couple of hours ago, the Mubarak regime has shut down rail service to keep protesters from joining tomorrow's 'million man march' in Cairo, the protesters have raised the ante by calling a second march in Alexandria itself, and the army has apparently made a formal statement to the effect that it will not serve as a crackdown agency versus peaceful demonstrations."