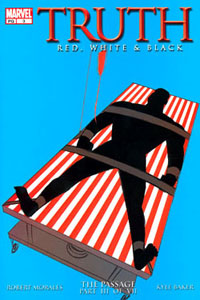 The man named by President Hosni Mubarak as his first ever deputy, Egyptian spy chief Omar Suleiman, reportedly orchestrated the brutal interrogation of terror suspects abducted by the CIA in a secret program condemned by rights groups.
His role in the controversial "war on terror" illustrates the ties that bind the United States and the Egyptian regime

Robert F. Kennedy, Jr: "The CIA's murder of my uncle was a successful coup d'état...