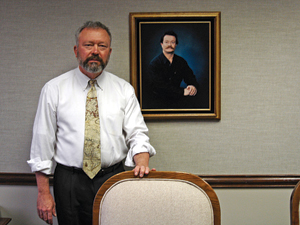 Jesse Trentadue’s unrelenting struggle for the truth about the death of his brother, Kenneth Trentdue, provides new revelations.

By Jerry Bohnen/NewsRadio 1000 KTOK ~ The federal government attempted in 2005 to reach a deal with bomber Terry Nichols to take the death penalty off the table in his Oklahoma murder trial if he admitted to making a warning phone call to the FBI the day before the 1995 bombing, according to new documents released under the Freedom of Information Act.

The documents were released to Jesse Trentadue, the Salt Lake City attorney who’s been in a 15-year fight with the federal government to prove his brother, Kenneth Trentadue, was mistakenly beaten to death during an FBI interrogation because he closely resembled a man who ran with Tim McVeigh in robbing banks.

The FBI Laboratory took 34 months to check for fingerprints on a cache of explosives hidden by Oklahoma City bombing conspirator Terry Nichols, according to new documents released by the FBI under the Freedom of Information Act.

The cache of explosives was discovered in 2005 in connection with a threat that they would be used in an act of domestic terrorism and a claim that the fingerprints might point to an unindicted co-conspirator in the Oklahoma City bombing.

Gee, no wonder they weren't in the building along with the ATF that day.