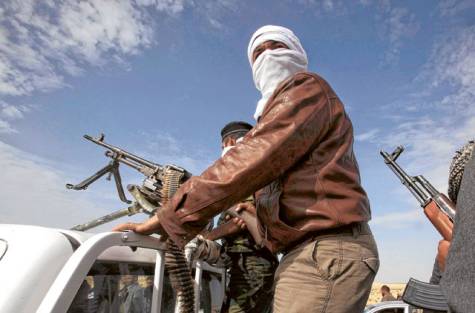 A disturbing video surfaced on Monday allegedly showing Libyan soldiers who were killed for refusing to shoot rebels. Al Jazeera posted the video, and a source tells the news network that victims "were rounded-up, their legs tied before being shot in the head or back from close range."

A rebel group sent the footage to Al Jazeera. The video's authenticity has not been confirmed.

Libya is thought to be on the brink of civil war, as rebel groups struggle to oust Muammar Gaddafi after more than 40 years of rule. Gaddafi unleashed Libyan warplanes against rebels on Monday as part of a harsh counteroffensive.