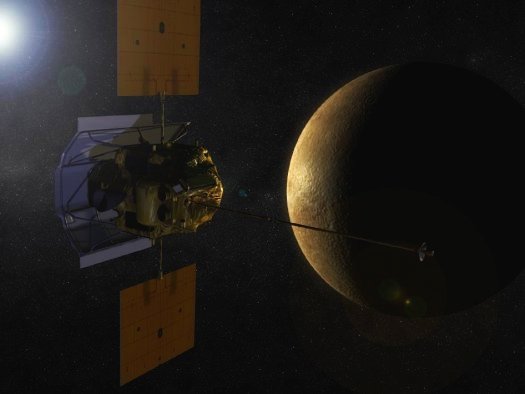 NASA’s intrepid Mercury observer, the Messenger satellite, is about to become the first spacecraft ever to orbit the first planet. The probe, which has already flown past the planet three times, will fire its thrusters March 17 so it can enter orbit and embark on a year-long science mission. Scientists hope the probe will explain several mysteries of Mercury’s past.

When it enters orbit, Messenger will be 96.35 million miles from Earth, according to NASA.

NASA’s Messenger teams have spent six years readying for this moment, sending their probe on flybys of Earth, Venus and Mercury in the first mission to the inner solar system in 30 years.