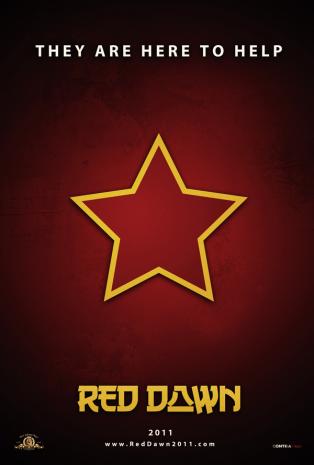 Reel China: Hollywood tries to stay on China's good side Without Beijing even uttering a critical word, MGM is changing the villains in its 'Red Dawn' remake from Chinese to North Korean. It's all about maintaining access to the Asian superpower's lucrative box office.

China has become such an important market for U.S. entertainment companies that one studio has taken the extraordinary step of digitally altering a film to excise bad guys from the Communist nation lest the leadership in Beijing be offended.

When MGM decided a few years ago to remake "Red Dawn," a 1984 Cold Wardrama about a bunch of American farm kids repelling a Soviet invasion, the studio needed new villains, since the U.S.S.R. had collapsed in 1991. The producers substituted Chinese aggressors for the Soviets and filmed the movie in Michigan in 2009.

But potential distributors are nervous about becoming associated with the finished film, concerned that doing so would harm their ability to do business with the rising Asian superpower, one of the fastest-growing and potentially most lucrative markets for American movies, not to mention other U.S. products.

As a result, the filmmakers now are digitally erasing Chinese flags and military symbols from "Red Dawn," substituting dialogue and altering the film to depict much of the invading force as being from North Korea, an isolated country where American media companies have no dollars at stake.

The changes illustrate just how much sway China'sgovernment has in the global entertainment industry, even without uttering a word of official protest. Although it's unclear if anyone in China has seen "Red Dawn," a leaked version of the script last year resulted in critical editorials in the Global Times, a communist party-controlled paper.

That followed postings of pictures on China's popular Web portals Sina and Tiexue in late 2009 of the "Red Dawn" set showing actors posing as Chinese troops and mock propaganda posters of the U.S. Capitol building smashed by a hammer. The posts received tens of the thousands of views. "When does it come out?" read one Chinese comment. "There is no hope for theatrical screening [censorship], wait for pirated version."

An MGM spokesman said that no one at the studio has had discussions with Chinese government officials about "Red Dawn."

Hollywood has learned the hard way that besmirching China's image on-screen can have long-running implications for the many arms of a modern media conglomerate. In the late 1990s, Walt Disney Studios, Sony Pictures and MGM all faced a temporary halt in their business dealings in the country after releasing the movies "Kundun," "Seven Years in Tibet" and "Red Corner," respectively, which were critical of the communist government.

Today, China is far more important to the Hollywood studios, despite the government's policy of allowing only about 20 non-Chinese films into theaters each year. In 2010, China was the fifth-biggest box office market outside of the United States, with $1.5 billion in revenue.

A number of Hollywood studios are deepening their business ties to the world's most populous nation. Disney is building a theme park outside Shanghai, Sony Pictures co-produced the recent "Karate Kid" remake with the government-affiliated China Film Group, and News Corp.'s Fox International Productions recently made the Chinese-language hit "Hot Summer Days" there. Even independent studios like Lionsgate and Summit Entertainment will release their films "Killers" and "Red" in China in coming months.

Dan Mintz, whose DMG Entertainment is a leading producer and distributor of movies in China, said the "Red Dawn" story dramatizes how Western companies can fundamentally misunderstand how the nation works. If the picture had gone out without redacting the Chinese invaders, he said, "there would have been a real backlash. It's like being invited to a dinner party and insulting the host all night long. There's no way to look good.... The film itself was not a smart move."

Mintz, who met with the producers of "Red Dawn" to offer some suggestions on how they could proceed, said that doing business in China requires a partnership approach. "The more you reach out, the better your relationships will be," Mintz said. "This is bigger than a single film."

The "Red Dawn" remake follows several teenagers in Spokane, Wash., who fight invading Chinese forces allied with Russia in the near future (in the original film, the Soviets partnered with Cubans). The roughly $60-million production stars Chris Hemsworth, who will become much better known to moviegoers this May when he plays the title role in the superhero event picture "Thor."

MGM had been set to release "Red Dawn" in November, but the debt-laden studio filed for bankruptcy the month before and emerged under new leadership at the end of the year. New chief executives Gary Barber and Roger Birnbaum are seeking to sell both "Red Dawn" and the horror film "The Cabin in the Woods," the last two pictures produced under a previous regime, as they try to reshape the 87-year-old company.

China will be an important market for the studio as it goes ahead with plans to produce two movies based on "The Hobbit" and James Bond sequels. The last Bond movie, 2008's "Quantum of Solace," grossed $21 million in China.

In the last few weeks, MGM has begun showing "Red Dawn" to potential buyers at other studios. Several people who have seen the movie but requested anonymity because they were not authorized to speak on the record said they couldn't risk distributing it given the potential blowback in China.

The feedback led to MGM's decision to make the highly unusual changes. Although it's common to reshape movies in the editing room, there's no known precedent for changing the nationality of an entire group of characters.

People close to the picture said the changes will cost less than $1 million and involve changing an opening sequence summarizing the story's fictional backdrop, re-editing two scenes and using digital technology to transform many Chinese symbols to Korean. It's impossible to eliminate all references to China, the people said, though the changes will give North Korea a much larger role in the coalition that invades the U.S.

"We were initially very reluctant to make any changes," said Tripp Vinson, one of the movie's producers. "But after careful consideration we constructed a way to make a scarier, smarter and more dangerous 'Red Dawn' that we believe improves the movie."

Representatives for director Dan Bradley did not respond to requests for comment.

If MGM is unable to find a distributor for the movie, it could end up going direct-to-DVD or could even be shelved, never to be seen by the public.

"Red Dawn" is not the only piece of entertainment to swap out Chinese villains for North Koreans recently. The video game "Homefront," which was released this week and features a script by John Milius, writer of the original "Red Dawn," was also originally intended to feature a Chinese invasion. For business reasons, publisher THQ changed the occupying forces to North Korea.

A representative for MGM said it's hopeful the unusual changes will have a simple result: turning "Red Dawn" from a complete write-off into a movie that can find an audience and make money.

"MGM has been working with the film 'Red Dawn's' director and producers to make the most commercially viable version of the film for audiences worldwide," said Mike Vollman, executive vice president of worldwide marketing. "We want to ensure the most people possible are able to experience it."