We’ve had some incidents where TSA authorities think that congresspeople should be treated like everybody else. Well, the fact of the matter is, we are held to a higher standard in so many other areas, and I think we need to take a hard look at exactly how the TSA interact with members of Congress. - James Clyburn

Rep. Robert Brady, D-Pennsylvania, said he will introduce legislation making it a federal crime for a person to use language or symbols that could be perceived as threatening or inciting violence against a Member of Congress or federal official. - CNN

Rep. Peter King, a Republican from New York, is planning to introduce legislation that would make it illegal to bring a gun within 1,000 feet of a government official – Huffington Post

The thinking, in usual government fashion, is too one-dimensional, though. Is King's legislation going to include a government official proximity warning plan? Of course not.

Who's to determine which symbols are threatening, and which are acceptable? I think we can all agree that a thumbs-up is OK, while flipping the bird is grounds for capital punishment. But, not all symbols fall so clearly on one side of the line or the other.

All the current ideas are completely unworkable, because they continue to allow government officials to mill in and about the populace. The safety and security of the political class demands nothing less than several layers of steel and bulletproof Plexiglas between them and the mundanes. With the possible exception of an occasional conjugal visit, government officials must remain hermetically sealed from the rest of the world.

In such a place, no peasant could get within 1000' of a government official, much less carry a weapon in that close proximity. No language or symbol could be seen as threatening to wise overlords carefully bunkered in hardened, over-pressured vaults. None of the political class would have to queue up with the unwashed masses at a TSA checkpoints, as the TSA would be sequestered right along with them.

As it is, walling up the swampland known as the District of Columbia (perhaps even doming it) is the only viable solution. There, government officials – all government officials – can be safe, and still have access to their temples and monuments. Ingress and egress from the government city could be strictly controlled, requiring two safety locks (one inside, one outside) to be removed before the gate could be opened.

From government city, officials can securely and remotely administer their fiefdoms, broadcasting their directives to the proletariat via state media.

Of course, a few minor details still have to be worked out, such as the provision of safe food, clean air, and clean water to the government city biosphere. However, such niggling problems should be of no consequence to the class that includes the brain-trusts of the Department of Agriculture, FDA, and EPA. 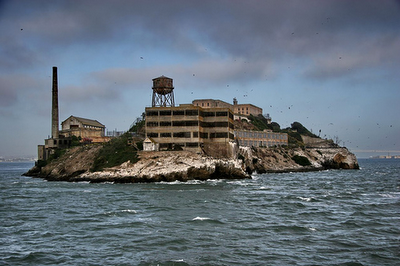 If Boehner, King, Clyburn, et al have the conviction of their rhetoric, they will certainly make transport of all government officials to government city their highest priority and begin construction of the biosphere immediately. It will be a dreary existence for the rest of us, so far removed from their wisdom and auras, but the price is well worth it.

I like it.  As much as it would pain me to be isolated from their brilliant and august personages, I think I could bear up under the strain, somehow.

Which Populations Feel Their Country Is On The Wrong Track?

I Used To Be Disgusted, Now I'm Disabused

State of the Union: Biden speech comes amid crises, setbacks