Trying to Kill the Ron Paul Revolution,…
Years Before it Started. 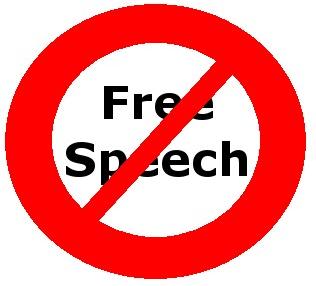 McCain-Feingold
http://en.wikipedia.org/wiki/Bipartisan_Campaign_Reform_Act
If I devote more than an itty bitty bit of time to this issue then I will have fallen into the trap intended by this legislation. Fear and Doubt are powerful weapons to be used against the American people. Out of practice and experience I have done my best to demonstrate the possibilities of what can be accomplished when we act decisively and without fear.
Understanding the risks helps inoculate us from the mind fog produced by the fear and doubt created with legislation and media propaganda. I’ve always found history (the real stuff) to be very interesting. History is a time machine that allows you to see into the future. I remember a biography of Paul Revere that was written by a grandchild I think. It was amazing how I could find a match for each of the Boston rebels among the local freedom activists I often work with.In our group we have our John Adams, Sam Adams, John Hancock, Paul Revere etc. 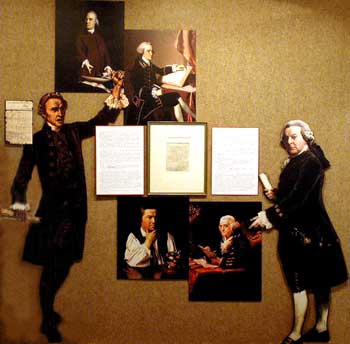 And on the other side there are the expected ‘bad guys’ that parallel history with their efforts to stop individuals from expressing themselves.
The distribution of pamphlets and the posting of broadsides (posters) were very much opposed by the tyranny that motivated their placement. The power of peaceful communication with others is so well known to those that use it, and to those that are threatened by it, that The Bill of Rights would list the freedom of expression FIRST above all others. 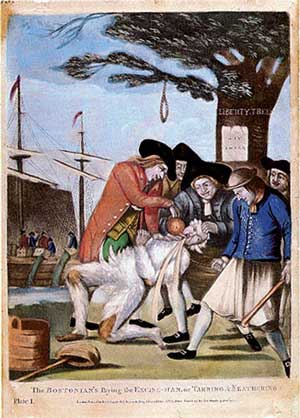 The Ron Paul Revolution is very scary to everyone that seeks to control individual effort. And the desire by individuals to not be controlled in one of the most powerful demonstrations of the people’s will in the history of this country has produced at least as great a desire to control them. 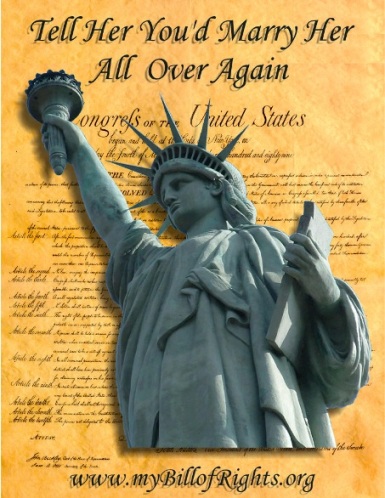 Those fearful of the people’s influence in the toppling of an oppressive and unconstitutional government would not hesitate to cut off the head of this phenomenon if they could only find it. Ron Paul is very smart to

make it clear that he is happy to be allowed to join the people’s revolution. He knows better than to become a ‘head’ that would simply be removed at the whim of those he knows all too well wouldn’t hesitate if they thought it in their self interest to do so.
And the desire for control will come from both outside and inside the Ron Paul campaign. I have total confidence in Ron Paul and his message or I would not have invested so much effort in the support of the message he represents. But I have been motivated by several factors to make it very clear that I am of the opinion that any supporter that would place fear and doubt into the efforts of another in an effort to divert that enthusiasm towards the goals of another is making a very very big mistake. I understand how the needs of a campaign can (and always does) produce requests/demands of others. But when making a reasoned argument for help doesn’t produce the desired result then maybe the task needs to be reexamined. And employing tactics of manipulation that prey on negative emotions will never produce a net positive in such a volunteer effort that thrives on positive emotions. Like the emotion of LOVE. 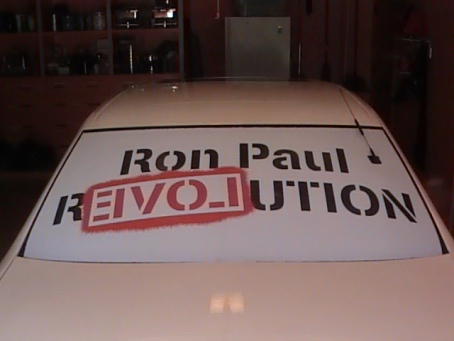 18 years of political activism as a liberty activist has placed me outside the traditional machines of the political process but close enough to see in detail how it really works. The Ron Paul Revolution’s influence is due primarily to its not having any structure other than whatever individuals choose to give it at a local level. The effort to produce any sort of “handle” that can be used to control the r3VOLution should be resisted. Without any central planning or control there can be no successful effort to stop it without exposing just how close we are to the days experienced by the American Revolutionaries that started this effort.
Many individuals involved in the r3VOLution from the beginning have decided that our individual efforts are best focused on the State of California for the next month or two for many reasons. This effort is being prepared for now and begins the first weekend in October. By the second weekend in October (after we have done our best to make the r3VOLution known to the media etc.) we will start in San Diego and work our way to Oregon. Everyday we will attempt to train and help any individual wishing to obtain training and materials for the production of Ron Paul Revolution materials. We already have over 100 stencil kits to share with those looking for such assistance. Those interested should contact me at ernesthancock at  cox dot net.
This effort has absolutely nothing to do with the Ron Paul campaign. Only those willing, eager and able to participate are sought to be trained. There will be no collective effort or web site or e-mail discussion list. Interested individuals acting on their own and with other individuals are welcome to contact me to schedule a day and time during our tour through California.
No Fear & No Doubt.
Peace,
Ernie
602 717 5900
ernesthancock@cox.net

2 Comments in Response to Trying to Kill the Ron Paul Revolution,… Years Before it Started.

Ernie, thanks for your work. I believe you'll find that McCain Feingold has been upheld by the Supreme Court. Therefore, it does repeal the First Amendment. The only powers that are able to re-review it at this point would be a new Congress - and the Democrat majority seems to make no difference to the boot-on-our-nex aspex of their tyranny - or by a new president. Bush, who signed this creepy legislation (as I recall, not that it matters) is not courageous enough to review it or propose a replacement. Andrew Jackson, now there was a man who could veto something and tell you why!

Now, you said you are limited to $1000. But, didja know that there are dollars now in circulation which have been declared legal tender by the US Congress and which bear the face value of $1, but are worth closer to $14? The US Mint calls them American Silver Eagles and mints them of an ounce of silver. Kitco.com sells them for $15.94 today. Spot silver is about $13.34, but there is always a coin premium for single ounces. (The spot price implies a contract for, I think, five thousand ounces or more, with 15,000 oz being a typical trade.)

Now, the government had to make them "legal tender" in order to export these without paying duty. And there is a huge export market for gold and silver coins. So, they are legal tender. There's an act in 1985 that Congress passed and Reagan signed. You could look it up.

Which means that you can use gold and silver coins, minted by the USA government, in trade or commerce, at face value. Can you convince the copy shop guy to take one ounce silver Eagles and give you a whopping discount on the cost of your copies? Not if you talk to the clerk, but if you talk to the owner, I'll bet you could negotiate.

There's clearly something wrong with the law. The McCain Feingold law is despicable tyranny. You are right to disobey tyranny. Resistance to tyrants is obedience to God.

Does multiplying your limits by 15 or so help make the cage more comfortable? Then do it. Do it as long as you can get away with it. Does it make more sense to wreck the cage and use the bars to bludgeon the prison guards?

Just remember, "the people are revolting." And it is that time in the slave rebellion cycle when lots of rebellion is to be expected.

Makes you wonder when the next, "Protect American Voter's Act" will include the requirement for any print shops to inform the FEC if more than 500 copies of political pamphlets were ordered printed. Take note John McCain. I need protection from the r3VOLution.

This Is No Ordinary Time In History

Covid 19 Virus To Change The Way Humanity Lives and Travels

See You On The Other Side: Covid 19 Virus

Watching America Becoming Balkanized, But Doing Nothing to Stop It