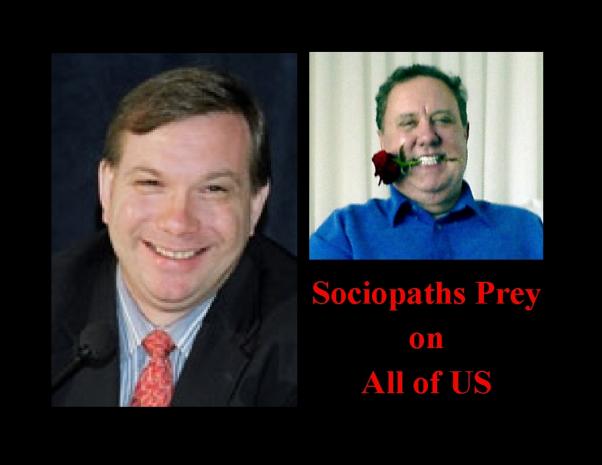 He constantly asks for sympathy, takes risks , lies to you and when caught shows no remorse.  It is unsettling, frightening. Somehow it is your own fault. But what or why would anyone do these things?  There is an answer.

The terms, "psychopathy", "sociopath," "sociopath," and others refer to individuals who look human but, in elemental ways, are not. They harbor a condition which cuts them off from us. Their automatic emotional reactions, foundational to limiting wrong behavior, do not exist. These individuals emulate compassion, concern, affection, kindness and love – only to further their purposes. They feel no compunction about stealing, lying, or committing crimes to achieve their goals. They consistently demand sympathy, knowing perfectly well they deserve none.
They do not want or need sympathy. But they do need you to feel sorry for them, to want to help them. It is all manipulation, emotions emulated to get what they want. They know we feel sorry for them and project the existence of emotions they never feel, just another lie.
People catching their eyes report feeling a chill of fear, as if looking into the eyes of a predator. Psychopaths are predators among us. The pain and suffering of those around them mean nothing, is pleasure to them. Their motivations seem inexplicable to the emotionally normal, who comprise 96% of the population.
Psychopaths have no conscience.
Where before little was written on the condition outside of professional journals, now much more is known. This is changing.
The evidence, now mounting, indicates the condition has a genetic element which becomes activated when combined with the conditions in the life of the individual. The last few years have taken understanding of the condition known as 'psychopathy' to new levels.
While only 4% of the population have the condition Martha Stout, PhD., points out in her book, The Sociopath Next Door, you are likely to have contact with psychopathic individuals on many occasions during your life time. You therefore need to understand the danger signs.

Experts in the field of psychology have been researching the problem since 1980. Much is now known.
In 1999 Robert D. Hare, Ph.D. published Without Conscience: The Disturbing World of the Psychopaths Among Us. Today, thanks to Robert Hare, David Kosson, Pd.D, and others, the means exist to reliably diagnose the condition. The test, carried out by qualified professionals, allows us the tools needed to understand and to take steps to help victims. The test, known as Hare Psychopathy Checklist-Revised (PCL-R) and the Hare Psychopathy Checklist when used by qualified professionals makes available the means to identify those with the condition. As with other tests it, presumably, will soon be commonly used in court proceedings.

Hare's new book, Snakes In Suits: When Psychopaths Go To Work, written with Paul Babiak, Ph.D., and published in 2006, opens the issue of the impact of the condition on the workplace, including large corporations.
It has been estimated elsewhere that as many as 19% of those in upper management may be psychopathic.  Disturbingly, this may well also be true in higher levels of government given the  massive  cross over which exists at the highest levels of each. Logic supports the theory.
The test originated by Robert Hare has proven to be a valuable tool both to help victims and, increasingly, to open the door for victims to find justice. The work of Hare and his associates may, possibly, be used to the benefit of business and politics as well.
Psychopaths can impact us from every direction. For individual victims there is also hope.

Through the Aftermath: Surviving Psychopathy website victims participate with clinicians, therapists and others to move on with understanding. The site provides a Forum for victims, clinicians, and therapists for discussion and could well become the hub needed to generalize understanding of the condition in the general public.

Reading books on the subject, such as the excellent work by Martha Stout, Ph. D., The Sociopath Next Door, provide tools and tests which you can use personally. Dr. Stout, a practicing psychologist and clinical instructor in the department of psychiatry at Harvard Medical School, warns the reader to beware of those who fail the simple tests she outlines. Three lies and your out, is one of simple suggestions she proposes.
In dealing with the overall problem Stout raises other questions which are profoundly on point for all of us today.
On the question of war: Should sociopaths be tolerated as useful in time of war? Are we intentionally allowing psychopaths into the military? Perhaps recruiting them?
Has our toleration and ignorance smoothed the path for ugly behavior in other parts of our culture? What would a psychopath do, if elected to office? If they were the determining factor in deciding what matters, their profit or your health?
Have we considered the dangers the unchallenged presence of psychopaths present when combined with the tendency in most of us to defer to authority?
If winning is the only thing that matters there is nothing you will not do. Recognizing no limits, psychopaths ignore the damage to others. As any small, determined group can change the world for the good, as Margaret Mead said, so a small number of individuals could destroy it. We need, therefore to  limit the access of psychopaths to power while identifying them to the public.
A short tour through the books and the Aftermath: Surviving Psychopathy site raise questions which may well open up new understanding of ourselves. As individuals, parents, activists, and businesspersons, as Americans, we need to know.

2 Comments in Response to Sociopaths: They See Us as Prey

There is good evidence that most of our rulers are, in fact, psychopaths. This idea is the basis of the landmark work "Political Ponerology: A Science on The Nature of Evil adjusted for Political Purposes" by Andrew M. Lobaczewski

Publication of this book in the US was prevented for years by one Zbigniew Brzezinski. It is now available, thanks to the efforts of historian Laura Knight-Jadczyk, who provides a penetrating analysis here:

The three things you need to know about psychopaths are these:

2. An otherwise normal person can be turned into a psychopath by having too much power over others.

3. People who are not psychopaths have a tendency to blindly obey and follow them.

We spent roughly 200,000 years in small hunter-gatherer groups. The members of these groups had a better chance of surviving long enough to breed if their group was led by a certain kind of natural leader and if the members of the group followed the leader as an absolute ruler. That's what created the situation described above.

Politics is a gameboard that selects and empowers psychopaths.