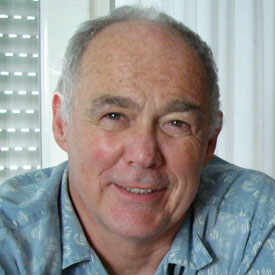 I cringed at much of the press coverage devoted to Ben Quayle’s involvement with a raunchy website, because that coverage should have been devoted to actual issues – like Ben’s insider connections and neo-con roots.  I am the Libertarian candidate for Congress in Arizona’s District 3, running against Ben, the Republican nominee, and John Hulburd, the Democrat.

I checked out Ben’s campaign contributors on fec.gov/disclosuresearch. Each large contributor is required to give a description of him/herself, and these read like a roll call for the rich and powerful: “Executive”, “C.E.O.”, “President”, “Attorney”, “Director”, “Chairman”, “Vice-Chairman”, “Banker”, “Vice-President”, “Stockbroker”, “Partner”, “Venture Capitalist”, “Owner”, “Investment Banker”, “Managing Director”, “General Counsel”, “Philanthropist” (Don Rumsfeld’s self-description), “Management”, “Finance” and “Chairman & C.E.O.” These are repeated over and over.

There were also at least 21 lobbyist contributors, but none of them identified themselves as lobbyists; they used less toxic monikers. The website thatsmycongress.com uncovered their true professions and summarized with the headline, “Ben Quayle Campaign Thick With Lobbyist Money”.  An article in politico.com identified Quayle’s Washington insider contributors and headlined: “GOP Titans Boost Quayle’s Son”, and stated that the “donor list…reads like an abridged phone book of President George H. W. Bush-era GOP cabinet officials and heavyweights”. The names that struck me the most were “Charles Schwab” and “Stephen Bechtel” -- the actual individuals, not the businesses which bear their names. Bob and Elizabeth Dole listed their professions as “retired”.  Ben’s initial fund raiser was at George H.W. Bush’s home.  These people are pretty nice to Ben.

I congratulate whoever pulled this off -- building an incredible base of large contributors (about 1,000). This must have taken several decades. What do these contributors expect in return?

I suppose Ben will have to be pretty careful when he goes back East to “knock the hell out of Washington” as one of his ads promises. He had better not touch any of his dad’s friends, or George H. W. Bush’s friends, or any of the C.E.O.s and “investors”, or any of the lobbyists or their clients, or any of Ben’s old chums from his Washington D.C. prep school, or any of their connected families. Most of Ben’s 1,000 contributors are outside Arizona and the largest concentration is in the D.C. area – McLean, Virginia is a recurring location. Must be a nice neighborhood.

A lot of Ben’s ads have a surreal quality about them, as if they were constructed directly from focus groups or opinion polls, like – “Hey, what do they want to hear? We’ll give it to them.” A revealing misstep was one video wherein Ben stated that he was going to deal with our “$14 Trillion” dollar federal budget. In truth, recent federal budgets have been something over $3 Trillion. Ben quickly retracted the video, but the guy is pretty far off base. Maybe you don’t need to know anything to be a Congressman.

I suppose the ad which bothered me the most was the one wherein Ben labeled Obama as the “worst President”. I don’t agree with Obama’s healthcare, but I hardly think he qualifies as “worst President”. There are lots of other candidates, including Ben’s friend, George H. W. Bush’s son, George W. -- record deficits, two wars that accomplished nothing constructive and everything destructive, a collapsed economy and a web of lies about 9/11 that will last for decades. My favorite candidate is Lyndon Johnson, an unabashedly crude wheeler-dealer who participated in the murder of his predecessor, established the Great Society entitlement disaster and, at the same time, gave us a hugely-destructive war which we were bound to lose. And then, when the going got tough, he bailed.

But my main interest in researching Ben Quayle was the issue of war -- the Republican Party’s spectator sport of choice. I learned that Ben’s dad was a member of the Hudson Institute, a neo-con “think” (if one can use that word) tank, which Henry Kissinger also supports. Ben’s dad was also one of the original 30+ signatories to PNAC, together with such luminaries as Dick Cheney, Don Rumsfeld, Paul Wolfowitz and William Kristol. PNAC was the organization which, of all non-governmental organizations, bears the most responsibility for the Iraq war and our present misdirected, militarized foreign policy of  “full spectrum dominance”.  I like to call PNAC a “criminal organization” because it lobbied successfully for war and for the deaths of others, from which most of its member/signatories were going to benefit in some way.

I then searched Ben’s list of contributors and uncovered more PNAC connections – four original PNAC signatories (Quayle Sr., Rumsfeld, Adelman and Bennett) and the wife of a fifth – William Kristol, founder of both PNAC and its successor “Keep American Safe”.  I probably would have abandoned my search then, but Ben mailed my wife two pieces of campaign literature in which he made another edgy, surreal statement: “The Obama Administration has tried harder to bring the masterminds behind 9/11 into the United States than they have to keep drug smugglers, illegal aliens, and terrorists out.”  Whoever wrote this wasn’t in favor of expending resources to bringing the “masterminds” of 9/11 to trial in the U.S.  What are we in Afghanistan for?  Don’t we want to apprehend and try the co-conspirators in the crimes of 9/11?  And doesn’t Ben, an attorney, want to see these guys tried?

The events of 9/11 constitute the largest crime against human life and against property in the history of our country. Yet, after nine years, we have not only not tried anyone, we have not even charged anyone. We have taken one fellow who has supposedly confessed (Sheik Mohammed) and insured that he would never be competent to stand trial or testify by waterboarding him 185 times and torturing him in a third-world country. Do we intend to not try these guys?

Last February, Attorney General Holder announced that he intended to try Sheik Mohammed and others for the crimes of 9/11. Other accused terrorists, not accused of the crimes of 9/11, but of other crimes, had already been tried in U.S. criminal courts. So the trial of accused 9/11 co-conspirators would be nothing new.  But a new organization, “Keep America Safe”, rose up to oppose such trials and to even oppose the right of any accused 9/11 co-conspirator to have charges stated against him (habeas corpus). “Keep America Safe” was composed of William Kristol (founder of PNAC), Liz Cheney (Dick Cheney’s daughter) and Debra Burlingame (sister of the pilot of 9/11 American Airlines flight 77). Cheney and Burlingame are both attorneys.  Cheney worked Middle East foreign policy positions in the George W. Bush administration. Burlingame works for a neo-con think (sic) tank and is Director of the National 9/11 Memorial Foundation.  Kristol was also chief of staff for Vice-President Dan Quayle during the first Bush presidency.

The members of Keep America Safe further took the positions that the accused 9/11 co-conspirators should not be tried near New York City (because it would offend the sensibilities of New Yorkers) and that, if they are tried at all, they should be tried before a military tribunal outside the U.S and not in the U.S. criminal justice system. On August 29th of this year, the New York Daily News ran an article about how the “GOP” and “Republicans in Congress”, including Rep. Peter King, “top Republican on the Homeland Security Committee” were maneuvering to prevent a trial in the U.S. criminal justice system.

Why? Perhaps the answer lies in the Google search “1993 WTC Salem”. This search reveals that discovery by attorneys for the defendants in the trial of the 1993 World Trade Center bombing established that the FBI was a key co-conspirator. Do the search yourself so that you are satisfied that this is true.

Trial of those accused in the crimes of 9/11 would afford defense attorneys the opportunity to require our government to produce records and answer questions which could identify other co-conspirators, including organizations within our own government.  Google the following to see whether this might be possible: “mohamed atta mahmoud ahmed” or “mahmoud ahmed tenet” or “sibel edmonds”. Youtube “venice flying circus”.  There are more areas of inquiry for an enterprising defense attorney – the NORAD standdown, WTC7, and the Deutsche Bank puts, etc.  A defendant in a capital murder case has the right to require the production of information which might exculpate him or identify other conspirators.  Defense attorneys could begin to unravel the whole ball of string.

I doubt that Ben Quayle understands any of this. But the statement credited to him, opposing Obama’s efforts to bring the “masterminds” of 9/11 to trial, was probably written by someone who does understand.  Ben Quayle is a bright young man and seems to be a nice person.  It will be his own personal tragedy if he does get elected and goes to Washington because then, the powerful people who own him will indeed, “knock the hell” out of him.  They have paid for him, and he will learn what mega-power and wealth is all about.  I don’t wish that on anyone.

From Michael Shoen's web site:  "I am a true Ron Paul conservative and helped in his 2008 Arizona presidential campaign. I have been publicly active on political issues since 2002, challenging both the federal government and the media: writing letters, producing/selling bumper stickers, authoring articles, assisting others, speaking in public, organizing symposiums, creating websites, distributing dvds, hosting a public-issues radio show and running for congress two years ago...."