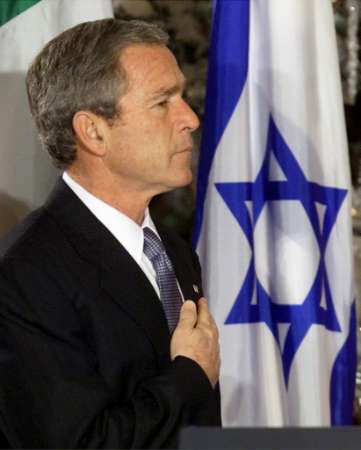 Since inception, Israel's democracy was illusory, but of late it's further eroded. The Cabinet's October 10 adopted Law of Citizenship amendment requires all non-Jews wanting it to pledge loyalty to "the State of Israel as a Jewish and democratic state," its latest anti-democratic measure.

"I will read this again: '(the state of Israel) will ensure complete equality of social and political rights to all its inhabitants irrespective of religion, race or sex.' This makes me want to cry. What has become of us?"

"a country that invades the sacred space of the citizen's conscience, and punishes him for opinions and beliefs that are not in line with the authorities ceases to be a democracy and becomes a fascist state."

Defying the Cabinet's edict, Rachlevsky read excepts from a document titled "the declaration of independence from fascism," stating:

"We, citizens of Israel....have gathered here to announce that we shall not be citizens of the country purporting to be the state of Israel."

"the idea of Judenrein (Jew free zone) or Arabrein is not new....Some might say 'how can you compare us to Nazis?' I am not talking about the death camps, but about the year 1935. There were no camps yet but there were racist laws. And we are heading forward toward these kinds of laws. The government is clearly declaring our incapacity for democracy."

Solomon referred to the Nuremberg Laws, explained in a previous article, accessed through the following link:

Among other provisions, they:

-- prevented marriage or sexual relations between Jews and Aryans;

-- denied rights and citizenship to anyone with Jewish blood;

-- banned Jews from holding professional jobs to exclude them from education, politics and industry;

-- segregated Jews from Aryans; and

-- effectively denied Jews all rights, in what became a prelude to genocide, what Palestinians (and to a lesser degree Israeli Arabs) have incrementally endured for decades by racist laws, persecution, land theft, dispossession, exclusion, isolation, mass imprisonment, torture, targeted assassinations, violence, and slaughter.

Israel's direction mirror's 1930s Germany, especially under a Netanyahu/Lieberman/Shas coalition and most extremist ever Knesset, flouting democratic freedoms one law or edict at a time. Lieberman and other extremists called the new measure a first step to loyalty legislation they want enacted as well as other anti-democratic laws to be considered in the Knesset's winter session. A forthcoming article addresses them.

On October 11, Haaretz writer Carlo Strenger headlined, "Stranger than Fiction/Loyalty oath is not about Arabs, it's about hatred of liberal values," calling the measure "bad, harmful and useless," Labor Party Minister Isaac Herzog warning that it moves incrementally toward fascism.

Legal expert Mordechai Kremnitzer said it accomplishes nothing except to make Israeli Arabs feel unwanted. Others stressed Israel's deteriorating image in world opinion. Supporters, however, see the measure as a step "toward ensuring loyalty to the state by legislation," singling out Arab citizens "whom Avigdor Lieberman is alienating and insulting almost every day, and Palestinians who want to gain Israeli citizenship."

Others (including MKs Benny Begin and Dan Meridor) noted the "strange alliance" between Lieberman's Yisrael Beiteinu (Israel is our home) secular ultranationalists and Shas, the major ultra-Orthodox party. Why are they cooperating and allied with other hard right parties? Perhaps it's less fear of Israel's enemies and more about:

"a visceral hatred for the Western values and the liberal ethos. They all hate freedom; they all hate the idea of critical, open discourse, in which ideas are discussed according to their merit. They keep criticizing what they see as the liberal bias of the media and academia, and they have sustained attempts to curtail freedom at the universities."

Lieberman is a notorious racist, representing Israel's most extreme hard right, a man critics denounce as espousing hatred for Arabs, democracy, and the rule of law. A previous article on him can be accessed through the following link:

For decades, Shas only pretended to support democracy, believing, in fact, that citizens have no right to think freely and critically. "(T)hey believe that only their spiritual leader, Ivadia Yossef, must determine what is right and what is wrong."

Moreover, secular and religious extremists want Israeli Arabs and Palestinians denied all rights; that is, what few remain, most others aren't allowed by a nation affording them solely to Jews.

As a result, Strenger says Minister Herzog is wrong believing "fascism lurks at the fringes of Israeli society. It is now in the mainstream. After all, even the majority of Likud ministers" backed the outrageous amendment.

"Israel is now facing a fateful question: will it remain a liberal democracy, or is it on the way to becoming a totalitarian ethnocracy?"

In fact, Israel was never a democracy, granting rights solely to Jews. A more accurate consideration is whether Israeli extremists will erode all freedoms, demand universal unquestioned loyalty, ban free expression and dissent, suppress all civil liberties by edict, and perhaps usurp dictatorial powers with no elections except the kinds despotic states hold.

Strenger is right, however, saying "Israel has embarked on a slippery slope; and we cannot know where it will end....It is a truly terrible tragedy" that enlightenment ideals and liberal values are being "gradually erase(d).." Growing fascism is "burying" what remains of Israeli democracy, so flawed it may easily be toppled.

Discussing the Citizen Law amendment, a Haaretz October 10 editorial sharply criticized Labor chairman Ehud Barak, saying he's turned the party into a "weak, crumbling entity devoid of any of its own staked-out positions....It has become nothing more than a tool of the extreme right" and is now irrelevant.

A same day Gideon Levy article headlined, "The Jewish Republic of Israel," saying the Cabinet measure risks it becoming a "theocracy like Saudi Arabia....Remember this day. It's the day Israel change(d) its character." It may also change its name, affecting all Israeli citizens.

"From now on, we will (openly) be living in a new, officially approved, ethnocratic, theocratic, nationalistic and racist country." Calling Labor a "doormat" and Netanyahu Yisrael Beinteinu's leader, a virtual Lieberman stooge, today's loyalty oath will be tomorrow's law, "threatening to drown the remnants of democracy" for a new Israel "no one really understands, but it certainly won't be a democracy."

The Netanyahu/Lieberman/Shas cabal deplores it. But who can explain "the complacency of the masses," minority protests notwithstanding. In contrast, public opinion shows "almost no one....feel(s) affected."

Real democracies don't demand loyalty oaths. "Only Israel. And it is being done either to provoke the Arab minority more and push them (toward less) loyalty so one day (it will be easier to) get rid of them," as well as scuttle any chance for peace, though practically none exists anyway. One way or other, Israel's current direction endangers everyone, including Jews who'll end up losers like Arabs.

I cannot help but wonder when the USA will be requiring its "citizens" to take a similar oath of loyalty to the state.  After all we train our young to recite the socialist written screed we call the Pledge of Allegiance.  Heck, judges even lock lawyers up who refuse to recite it daily in their courtroom.  The insecurity of the state not feeling the love.