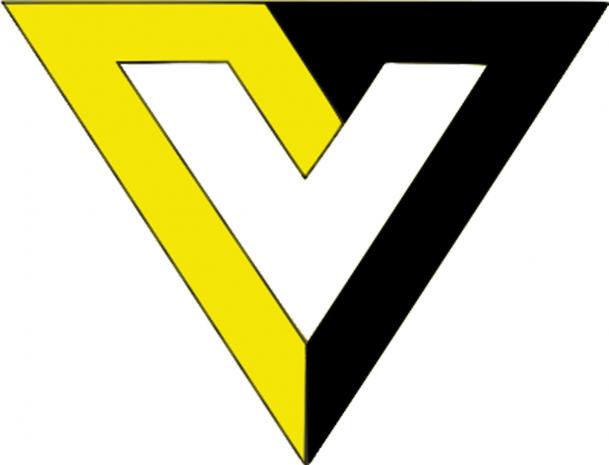 From a Titanian perspective, the essential building-blocks of a plausible thriving ethical society are the Octologue and the Holotropic Matrix (HoloMat).  The Octologue and HoloMat are organizational models that convey a number of extraordinary benefits to their participants. For instance:

They are non-hierarchic – each participant having the same status as every other. Their decisions are unanimous – thus avoiding the pitfalls of majority rule. Their actions are highly ethical – each participant understanding the Ethics and committing to act in accordance therewith. They are highly sensitive to feedback – and thus almost totally resistant to bureaucratization and corruption. Their participants regularly engage in a communication process (Autopoesis – see below) that amplifies the creativity of the entire group. They can be organized to achieve any desired ethical goal or objective – as businesses, schools, charities, etc. When competing with hierarchic groups of similar size and having access to similar resources, an Octologue or HoloMat will win the competition, hands down! Participants enjoy working in an Octologue/HoloMat environment far more than they do in a traditional hierarchic environment. The Makeup of an Octologue – The Building-block of the Holotropic Matrix

John David Garcia spent twenty years researching how to maximize the creativity of a group of people working together on a joint project. After performing hundreds of experiments, he came up with an optimized model that he called an "Octet", having the following characteristics:

The group is comprised of eight people ± 1 – in other words 7 to 9 people, with 8 being best. The group is comprised of four men and four women ± 1 – again 4x4 is best, but 3x4 or 4x5 is acceptable. The group members all understand the principles of Ethics as exemplified by the Bill of Ethics and are committed to acting ethically to the best of their ability. Participation in the group is voluntary. Anyone can quit at any time for any reason. Only unanimous decisions by the group are recognized as true group decisions. A group member can only be expelled by the group if all the other members agree unanimously. The group has been trained in a communication protocol that facilitates the making of unanimous decisions. The group meets as often as it likes – once a week often being optimal – once a month being the least frequent occurrence that works – specifically to engage in a communication protocol called "Autopoesis", a process that amplifies the group's creativity. The group need not engage in Autopoesis at every meeting; but should do so at least once a month for meaningful results.

I was friends with John David for 17 years, until his demise in 2001, and participated in a number of his experiments in the field of maximizing creativity. My main personal contribution to John David’s work was to improve on his method of Autopoesis. In John David's Octets, it took several days of training for a group of eight to learn the process. Using my knowledge of Neurolinguistic Programming (NLP) and my 20 years experience as a clinical psychotherapist, I shortened the training time to just a few hours. Also, the onset of the Autopoesis phenomenon occurs much faster with my method. I call an Octet using my model of Autopoesis an "Octologue". Details of the Autopoesis process are described below – but first let's turn to the HoloMat.

The Holotropic Matrix – or HoloMat

It is obvious that many worthwhile projects require more than eight people. The solution is simple – the project is undertaken by multiple Octologues that have entered into an ethical contract with each other. More than twenty years ago I decided to call such a contractual concatenation of Octologues a Holotropic Matrix – or HoloMatTM for short – drawing a parallel between the way a hologram distributes information in such a way that the information contained is available throughout the hologram – and the way a HoloMat distributes both information and responsibility. There is no practical limit to the size of a HoloMat. For really big projects, a HoloMat could have millions of members – or even tens of millions.

Trance: In order to explain Autopoesis most succinctly, I'll first explain the word "trance" – a word that is much maligned and much misunderstood. Many people fear trance, thinking it’s a supernatural phenomenon – or even a "tool of the devil". This is utter nonsense! Trance is merely something you do. It's a label for paying attention to your sensory experience in a way that is different from what you do most of the time. It's a totally natural phenomenon.

For instance, when you are waking up from sleep or in the process of falling asleep, you go through a stage where you are neither really asleep nor awake – it's a trance state, an "altered state of conscious". Similarly, when you are driving on a road with boring roadsides, you will often enter a "driving trance", in which you are driving competently but also thinking of other things. You usually become aware of this when you approach your destination and realize that the time that has passed while you were driving "feels" less than you know it had to be. Such time distortion is one of many things you can do in trance that you can't readily do in your normal state of awareness.

Hypnosis: While we're on the subject of trance, let's briefly talk about "hypnosis" – another word that is much misunderstood. When you are hypnotized, the operator (hypnotist) does not "put" you in a trance; nor can you be forced into a trance (barring the use of drugs). Rather the operator leads you into the trance state. Imagine I hold up my hand and ask you to look at it. You are, of course, free to refuse – or to do something completely different from what I've asked of you. So it is with hypnosis. The difference is that it is your subconscious that decides how you will respond – and in most people the subconscious is innately curious – and happy to learn new ways of perceiving. So trance is just another kind of learning experience.

And if you're one of those folks who worry that a hypnotist might persuade them to do something against their will – or contrary to their morals – it just can't happen. Given an obnoxious hypnotic suggestion, the subject will exit the trance and leave – often angrily.

So what is Autopoesis and how does it work? Here are the basics. In a nutshell, Autopoesis is a group trance state. The members of an Octologue sit on comfortable chairs in a tight circle with their arms on the shoulders of their neighbors. Bare feet touch in the middle of the circle. A Bach fugue plays softly in the background. A hypnotic facilitator leads the experience verbally, making direct and indirect suggestions that enable the members of the group to alter their consciousness in a particular manner. The rules to which the group members have agreed are simple:

A subject of autopoetic interest has been agreed upon before the session; Each member is encouraged to think about the subject with both his/her conscious and subconscious minds; When a thought occurs to a member that seems interesting, and the member feels an urge to share the thought aloud, he/she withholds the information the first time the urge to speak occurs; If the thought recurs, the person thinking it is obliged to speak it aloud – no matter how strange, weird, irrational, bizarre, or otherwise nonsensical it may seem. The session continues until someone (anyone) in the group requests that it end. Such sessions are usually recorded for later play-back – because participants often don't recall what has been said – even if they were the one to have spoken.

It should be noted that it is often the strangest autopoetic comments that turn out to be the most creative and useful when carefully examined later. By this means the Octologue accesses information that no one in the group could access on their own – though many creative individuals use altered "mystical" states as part of their creative methodology. Still, the synergy of the group trance seems to act as an amplifier of each individual's creativity – thus yielding a level of innovation greater than the sum of the individual participants' capabilities.

Some people appear to go to sleep – though this doesn't prevent them from speaking. For most participants, the best description of the experience is that of a "shared lucid dream". If you’ve seen it, think of the movie “Inception” with Leonardo DiCaprio for a moment. It is pleasant; it may be exciting at times; and many feel saddened or disappointed when it is over. This description applies equally well to some other forms of hypnotically induced group trances.

How Does It work?

We don't really know for sure how Autopoesis works – but we have a hypothesis that fits the facts. According to author Michael Talbot, the universe is holographic.1 If this hypothesis is correct, and there is much evidence to support it, all the information that exists in the universe is available everywhere. A second postulate of the hypothesis is that the human brain is a quantum mechanical "machine" that is able, under the right conditions, to reach out into the holographic quantum universe and retrieve whatever information it is seeking – including both true information and false information. Science provides the tools and methodology by means of which we determine whether new information is true or false.

I must also point out that the Religious Society of Friends (a.k.a. Quakers) employs a method of group decision-making that bears some striking similarities to Autopoesis.2 Quiet contemplation… awaiting the inspiration of God… distrust of initial urges to speak… obligation to speak when the "presence" is perceived… requirement of unanimity for decisions… and much more. For certain, sitting in empty silence waiting for God's presence to be felt…and God's wishes to be heard and understood constitutes an "altered state of awareness" if there ever was one. Moreover, as John David Garcia pointed out, the creative acts of every great scientist may be seen as "mystical" experiences – making each a "scientific mystic" – distinctly different from a "mystical scientist".3


John David proved unequivocally, through hundreds of scientific experiments, that this process creates the greatest creativity in groups.  Creativity is what has brought us fire, the renaissance, the chair you are sitting in, and the computer you are reading this with.  Yet humanity is fraught with problems. Let us release ourselves from this self imposed bondage.   I am prepared to share the knowledge of how we may be able to do this with those individuals whose personal evolution brings us together.   Contact me now at 561-542-5800 and we will perform the “Grand Experiment”, lest this be our last generation.  Albert Einstein said “I know not with what weapons World War III will be fought, but World War IV will be fought with sticks and stones”

2 See: Beyond Majority Rule by Michael J. Sheeran, published in 1983 by the Philadelphia Yearly    Meeting of the Religious Society of Friends.