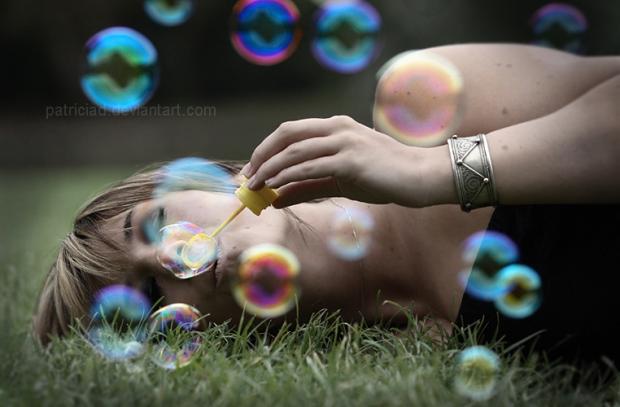 It's been that way far too long. Bernanke and other Fed governors represent Wall Street. They're hired hands. They take orders and obey. They consistently spurn good policy.

Greenspan created an earlier mother of all bubbles. Bernanke exceeded the worst of his policies. Day of reckoning time awaits. The fullness of time will decide when.

They split evenly on when to stop. Half the governors want QE ended late this year. Bernanke and others want it continued into 2014.

Some expressed concern about changing policy too soon. Even conditional on improved economic conditions, they feel doing so might be misinterpreted as signaling no further accommodation.

Many members said further labor market improvement would be required before tapering.

Some want improved economic activity before doing so. One member wants inflation meeting the Fed's 2% target. Others worried about increased downside risks to inflation.

Several said reducing QE is warranted based on improved labor market conditions. They expect better times throughout 2013, 2014 and 2015. Fed forecasts are notoriously inaccurate.

Most members "agreed that many of the details of the eventual normalization process would likely differ from those specified two years ago, that the appropriate details would depend in part on economic and financial developments between now and the time when it becomes appropriate to begin normalizing monetary policy, and that the Committee would need to provide additional information about its intentions as that time approaches."

"Participants agreed that the Committee's focus continued to be on providing appropriate monetary accommodation to promote a stronger recovery in the context of price stability and so judged that additional discussion regarding policy normalization should be deferred."

On June 19, Bernanke said it "would be appropriate to moderate the monthly pace of purchases later this year." On July 10, he flip-flopped. Monetary policy will be "(h)ighly accommodative for the foreseeable future," he said.

Economic advice Harry Truman got bothered him. "Give me a one-handed economist," he said. "All my economists say: On the one hand, this (and) On the other hand, that."

He also said "The buck stops here," and "If you can't stand the heat, get out of the kitchen."

Zero Hedge said "even the experts throw up all over the Fed minutes."

"The Fed may have finally taken speaking out of all sides of its mouth a step too far. Enter GMP's Adrian Miller with the best roundup of the sheer indecipherable gibberish just excreted by the Fed:"

"We are not sure how you can go from 'many' needing to see labor gains before tapering begins to half seeing bond buying ending by year end. At the same time, 'many' other Fed officials saw bond buying into 2014."

"FOMC members appear to have decided to cover every possible scenario, and left us with no clear picture as to what the group is thinking."

"The Fed has no lever with which to move the markets around unless it can convince people to lever up to an ever-higher degree."

It's been doing it for decades. It's worse than ever now. Like Greenspan, Bernanke's a Wall Street tool. He'll cash in big when he steps down.

Lucrative book deals and speaking engagements await. Greenpan made millions. So will Bernanke.

Billionaires are dumping stocks. Since early 2009, Warren Buffett's been cheerleading them. Reports say he's selling at an "alarming rate."

So is George Soros. He sold nearly all his bank holdings. What do they know we're not told? Independent research suggests trouble.

Conventional wisdom's most often wrong. Insiders know best. Hindsight's omniscient. It's always that way when it's too late to matter.

Financial markets depend on central banks. They "mimic" methods they employ. They base future predictions on past results.

Bad ones may work short-term. Eventual day of reckoning time has final say. Expect enormous economic harm with it.

Comments are based on "useless backward looking analysis." So-called smartest guys around "have yet to recognize a major economic trend change ahead of time after a century of fruitless trying."

Investors hang on words with no meaning. Markets react in knee-jerk fashion.

On July 11, he headlined "Once Again, the Fed Shies Away from the Exit Door."

"(I)nstead of letting those programs expire" when things calmed down, "large-scale" QE began.

In September 2010, Taylor warned about dangers of "another large dose of quantitative easing." It'll raise "more uncertainty about how it will ever be unwound."

"To prevent sharp fluctuations in the value of their currencies and volatile inflows and outflows of capital, they have had to deviate from good policy."

Unless a "modern-day Paul Volker appears soon, the return to conventional monetary policy (looks) a long way off."

The longer it's delayed, the more painful the adjustment.

Market analyst Graham Summers said Bernanke "los(t) control of the Fed and the markets." He "lost any last shred of credibility he might have had."

Governors know QE's not working. They continue it anyway. Bernanke wants it. His vote counts more than others.

On July 11, Fed Governor Elizabeth Duke resigned. She did so in protest. It wasn't announced that way. She'll leave end of August. Maybe others will follow.

Bernanke created a monster. He can't control it. He lost all control. History won't judge him kindly.

Today's environment's like 2007. It's the calm before the storm.

"The difference this time," said Graham, "is that everyone knows we're on shaky ground and has an eye for the exits."

"We have NEVER been this overextended (at) any point in the last 20 years." It's worse than at 2007's peak "at the top of the housing bubble."

They all end the same way: "BADLY." This time's no different. None are. "The last time a major bubble (this disproportionate) burst," much lower support broke "in a matter of weeks."

This is a Dystopian Nightmare. What Did Trump Do to the Fed?