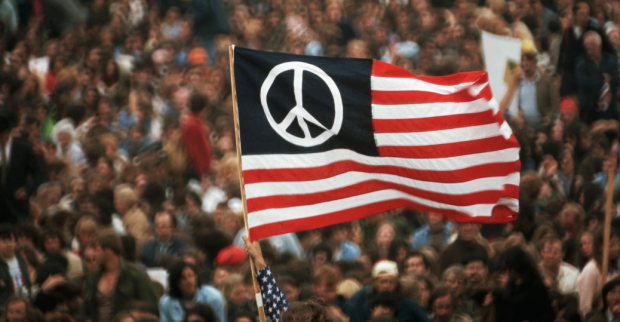 It's vitally needed in the US nationwide, in other Western countries and elsewhere.

January 9 was "No War With Iran Day of Action," protests held in 180 US cities nationwide — sponsored by numerous organizations, including Veterans Against the War, NIAC Action, Win Without War, CODEPINK, Peace Action, Public Citizen, Veterans for Peace, and many other anti-war groups.

A Veterans for Peace statement said it "strongly condemns any and all US aggression (on) Iran and calls for an immediate withdrawal from Iraq," adding:

"War with Iran would be yet another bloody disaster in the region and initiate another endless war."

The organization endorsed anti-war days of action on January 9 and others to follow.

What's needed is far more than action in the streets against war on Iran. Nationwide activism to end all US wars of aggression is vital, including ones waged by other means.

In the 1960s and 70s, activists and anti-war groups united against US war in Southeast Asia.

Protest marches rallied at the Oakland Army Terminal, the departure point for many troops to Southeast Asia.

Faculty members on US college campuses held teach-ins to educate students about the immorality, unlawfulness, and political foundation of warmaking.

At a time before US military service was volunteer, resistance leaders urged young men to burn their draft cards in protest against war.

On April 4, 1967, a year to the day before his state-sponsored assassination, he delivered his memorable New York Riverside Church anti-war speech called "Beyond Vietnam: A Time to Break Silence."

Unmentioned by establishment media during annual Martin Luther King Day commemorations, he called the US "the greatest purveyor of violence in the world today," adding:

"It's "on the wrong side of a world revolution. We still have a choice today: nonviolent coexistence, or violent co-annihilation."

"We must move past indecision to action. If we do not act, we shall surely be dragged down the long, dark and shameful corridors of time reserved for those who possess power without compassion, might without morality, and strength without sight."

Silence is "betrayal," he stressed, calling war in Vietnam "an enemy of the poor."

"(I)t should be incandescently clear that no one who has any concern for the integrity and life (in) America today can ignore the present war."

"If America's soul becomes totally poisoned, part of the autopsy must read Vietnam."

"This madness must cease…We must stop now…We must continue to raise our voices if our nation persists in its perverse ways in Vietnam."

He called for a "revolution of values…declaring eternal hostility to poverty, racism, and militarism — ending by quoting James Russell Lowell (1819 – 1891), saying:

"Once to every man and nation

Comes the moment to decide,

In the strife of truth and falsehood, For the good or evil side…"

That time is now, King stressed, his anti-war dream unfulfilled over half a century later, things today dismal than back then.

Calling US warmakers "criminals," he stressed that ruling authorities in Washington and congressional supporters "committed more war crimes almost than any nation in the world."

Condemning the US as the world's most villainous nation, he said "(o)ur only hope (depends on) declaring eternal hostility to poverty, racism, and militarism."

Sustained anti-war activism nationwide got Nixon to suspend US offensive action against North Vietnam on January 15, 1973 — signed by Henry Kissinger and Le Duc Tho in Paris, France on January 27, 1973.

It took years of sustained anti-war activism to achieve it, what's needed today to end all US wars of aggression, withdraw US forces from regions where they rage, and slash military spending, turning swords into plowshares.

What happened before can happen again. It takes judgment, spirit, guts, and commitment — staying the course for peace in all active US war theaters, including ones waged by other means.

We have a choice. We can end wars of aggression against one nation after another or risk eventual nuclear war ending us.

If that's not incentive enough, what is?

Who Poses the Greater Threat to Peace: An Impetuous President or 'Experienced Advisers' Who

Is There a Peaceful Solution to the Iranian Conflict?