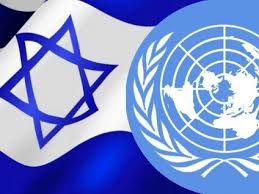 The UN Charter bans use of force against the territorial integrity or political independence of any state, as well as forcible acquisition of territory not its own.

"The annexation of occupied territory is a serious violation of the Charter of the United Nations and the Geneva Conventions, and contrary to the fundamental rule affirmed many times by the United Nations Security Council and General Assembly that the acquisition of territory by war or force is inadmissible," adding:

"What would be left of the West Bank would be a Palestinian Bantustan, islands of disconnected land completely surrounded by Israel and with no territorial connection to the outside world."

"Israel has recently promised that it will maintain permanent security control between the Mediterranean and the Jordan River."

"Thus, the morning after annexation would be the crystallization of an already unjust reality: two peoples living in the same space, ruled by the same state, but with profoundly unequal rights."

"This is a vision of a 21st century apartheid."

"The world community has a duty not to recognize, aid or assist another state in any form of illegal activity, such as annexation or the creation of civilian settlements in occupied territory."

"The lessons from the past are clear: Criticism without consequences will neither forestall annexation nor end the occupation."

"The Occupying Power shall not deport or transfer parts of its own civilian population into the territory it occupies."

Settlements have "no legal validity and constitute a flagrant violation under international law."

It recognizes no territorial changes "to the 4 June 1967 lines, including with regard to Jerusalem, other than those agreed by the parties through negotiations."

It "(c)alls upon all States, to distinguish, in their relevant dealings, between the territory of the State of Israel and the territories occupied since 1967."

It "(c)alls for immediate steps to prevent all acts of violence against civilians, including acts of terror, as well as all acts of provocation and destruction, calls for accountability in this regard…"

On Wednesday, 14 of the Security Council's 15 members rejected the Netanyahu regime's annexation scheme, the US the sole outlier.

During a virtual online session, opposition to the scheme was voiced by SC members, the Trump and Netanyahu regimes alone supporting what has no legal standing.

According to Pompeo, the question of annexation is for Israel alone to decide, ignoring the illegality of settlements and occupation of historic Palestinian land.

Regional peace, equity and the rule of law matter most.

Breaching them defies the UN Charter, the Geneva Conventions, other international law, and for US ruling regimes and Congress — America's Constitution.

"There are conversations being had. Obviously the president will have an announcement."

"He's talked about this in the past and I'll leave it to him to" him to explain his regime's position on the issue.

His no-peace/dead before arrival/Deal of the Century OK'd illegal annexation.

Clearly he's highly unlikely walk back from what his regime took many months to prepare, at most perhaps intending to advise Netanyahu to advance his annexation scheme incrementally — his apparent plan, according to Israeli media reports.

On Monday according to Reuters, an unnamed senior Trump regime official said the following:

As Israeli annexation "approaches, the main thing going through our heads is: 'Does this in fact help advance the cause of peace (sic)?' "

For the US, NATO, and Israel, the  notion of peace is anathema.

Endless US-led preemptive wars on nonbelligerent states threatening no one speak volumes about its aversion to world peace and stability.

The same goes for Israel, at war on historic Palestine for decades, along with waging undeclared aggression against Syria.

The Trump regime more one-sidedly supports Israel at the expense of fundamental Palestinian rights than any of its predecessors.

There's virtually no chance of softening its position other than perhaps rhetorically.

"We are…a few days away from a decision that could undermine efforts to achieve a just and sustainable Middle East settlement."

"Russia has always stood and stands against unilateral actions or plans that, as history has shown, are not capable of bringing peace to the Middle East and prejudge final settlement."

Lavrov's diplomatic language ignored reality. What may have been possible long ago, no longer is now.

Only two viable options exist under international law, no others.

Israel and Washington reject both: Palestinian statehood within June 1967 borders free from occupation, or one state of Israel/Palestine for all its people.

The alternative is an apartheid Jewish state, its Arab population treated like 5th column threats, Occupied Palestinians abused as enemies of the state.

"(A)nnexation may permanently block the path to their solution and to direct dialogue between Palestinians and Israelis."

It "will entail negative and even dangerous consequences for the entire Middle East region."

"It will directly affect the neighbors of Israel and Palestine — Syria, Lebanon, Jordan. It will affect the destiny of Palestinian refugees around the world."

Lavrov "reiterate(d) the need to abandon the annexation steps and launch the Palestinian-Israeli negotiation process as soon as possible in order to achieve a just and sustainable Middle East settlement and peace in the region."

He left unsaid what he clearly understands. The Israeli/Palestinian peace process is a colossal hoax.

Stillborn from inception, journalist Henry Siegman years ago called it "the most spectacular deception in modern diplomatic history."

Former Prime Minister Yitzhak Shamir once said he wanted to drag out peace talks for a decade while vastly expanding settlements.

Netanyahu earlier called the peace process "a waste of time."

When surfacing, it's always dead on arrival because the US and Israel demand Palestinian surrender to their interests, not equitable conflict resolution.

The US and Israel use the peace process ruse to advance their regional agenda.

It's all about dominating this oil-rich part of the world — peace and stability defeating, not furthering, their diabolical aims.

Supported by the US, Palestinians were long ago abandoned.

Like virtually always over most of the past century, they're ill-governed, ill-served, ill-treated, dying to live free, and on their own to pursue fundamental rights denied them.

International criticism of Israel surfaces time and again, Wednesday in the Security Council the latest example.

Criticism without punitive actions with teeth accomplish nothing, the way it's been throughout Jewish state history.

How it's treated by the international community reflects the old adage, saying: Sticks and stones will break by bones, but words will never harm me."

Offer them (Islam) territory 3 times and they turned it down. A need to build a few more apartment building and Stephen has a cow!