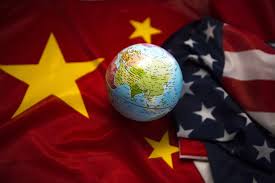 In 1996, a "strategic partnership" followed and a treaty of "friendship and cooperation" in 2001.

Both countries "see each other as close allies, so, of course, we always listen to each other. By this I mean we keep in mind each other's interests."

Bilateral relations were enhanced beyond "strategic partnership (to) a comprehensive partnership and strategic collaboration…work(ing) together on all major" issues.

Putin and Chinese President Xi Jinping regard each other as good friends and reliable partners.

In close contact, they consult each other "on global and regional issues" regularly, Putin earlier explained.

Sino/Russian ties are a vital alliance against belligerent US imperial aims and actions.

Both countries are involved in Beijing's hugely ambitious One Belt One Road initiative, and the aim of their leadership for multi-world polarity triumphing over Washington's imperial unipolar agenda.

Statements by both officials and a joint one followed.

He and Wang "discussed the key international problems and reaffirmed the closeness of our views on effective solutions to them," adding:

He and his Chinese counterpart "consistently advocat(e) (for) a fairer and more democratic polycentric international order based on respect for the norms of international law."

Both ministers agreed that their governments will continue to support and enhance cooperation between them and other nations at the UN, G20, BRICS, and other world forums.

They noted and oppose "destructive (US) actions that undermine global strategic stability."

"They are fueling tensions in various parts of the world, including along the Russian and Chinese borders."

Washington's so-called "Indo-Pacific strategy" is all about its imperial aim to dominate the region, including by brute force if other tactics fail to achieve its objectives.

Russia and China support an "ASEAN-centric regional security architecture (that) promote(s)" mutual cooperation among its member states, confrontation with none.

Speaking for their governments, Lavrov and Wang oppose attempts by the US and its imperial partners to promote divisive regional instability and heightened tensions.

They reject the Trump regime's abandonment of the landmark JCPOA nuclear deal and hostile actions against nonbelligerent Iran.

Wang and Lavrov collaborated on a joint statement.

They urged strengthening of coordination, consensus-building, and cooperative efforts to deal with global threats and challenges, along with actions to promote political stability and economic recovery worldwide.

At Thursday's Shanghai Cooperation Organization (SCO) Council meeting, Wang called for mutual cooperation against the threat of a US attempted color revolution in the region.

When initiated, they're all about advancing Washington's hegemonic aims, polar opposite what democratic governance is all about.

Violence, vandalism and chaos in Hong Kong last year and sporadically in 2020 were made-in-the-USA to destabilize China by attacking its soft underbelly.

The strategy failed because of effective Beijing and local Hong Kong government actions against the diabolical scheme.

China and Russia are savvy to Washington's hegemonic agenda. They're countering it politically, diplomatically, and by mutual cooperation against a common threat.

"As permanent members of the UN Security Council and major emerging economies, China and Russia…work with the international community to firmly safeguard" core UN Charter principles.

Separately, China's Commerce Ministry noted that direct foreign investment in the country increased 18.7% in August compared to the comparable 2019 period.

It shows that US efforts to undermine the country economically, industrially, and technologically aren't going as planned.

Among major world community nations, China has been most successful in containing coronavirus outbreaks and avoiding recession, despite a Q I slump.

In 2019, China was the world's second largest recipient of direct foreign investment to the US, attracting $140 billion, according t a UN report.

According to the UN Conference on Trade and Development (UNCTAD), Q I and II direct foreign investment worldwide declined by 40% this year.

In China, it increased 2.6% year-over-year through August 2020, according to Trading Economics.