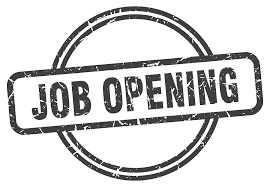 The Times seeks an Eastern Europe foreign correspondent to be based in Moscow.

Others willing to sell their soul to Times management and Washington's deep state should have these qualifications, according to the job listing:

"Fluency in Russian is preferred.

They should have "excellent writing skills (and) news judgment, (have) a good digital sense," and be Russophobic — a clear qualification for the job I added.

No matter how otherwise qualified, anyone driven to report accurately on Russia, its leadership, government and relations with other countries should seek employment elsewhere.

They're unwelcome at the Times domestically or abroad, especially for postings in countries on the US target list for regime change or nearby.

For job applicants, below is a Times snapshot of "Vladimir Putin's Russia."

Fasten your seat belt before proceeding:

"It sends out hit squads armed with nerve agents against its enemies (sic), most recently the opposition leader Aleksey Navalny (sic)."

Omitted from the above is that heroic efforts by Russian doctors in Omsk saved his life, stabilizing him for safe travel to Germany.

Based on their diagnosis, Navalny suffered from a life-threatening metabolic disorder, possibly related to a diabetic condition.

Analysis found no nerve agent or other toxic traces in his system.

Claims otherwise by a German military lab were deliberately and maliciously falsified — harming relations with Russia at the same time, proving its ruling authorities can't be trusted.

The Times is aware of all of the above.

Yet it maintains the Big Lie fiction that Navalny was poisoned by a novichok nerve agent.

Anyone exposed to a minute amount faces certain death in minutes.

Navalny is alive, fully recovered, and at this time living in Germany.

Assassinations by deadly toxins and other means are US, NATO, Israeli specialties, not how Moscow operates.

What the Times knows it suppressed — how it always operates.

The same policy applies to vitually all other domestic and geopolitical issues of importance.

The Times: Russia "has its cyber agents sow chaos and disharmony in the West (sic) to tarnish its democratic systems (sic), while promoting its faux version of democracy (sic)."

The above applies to the US, EU, and Israel, fantasy democracies, never the real thing.

Russia operates by a higher standard.

Don't ever expect the Times and other establishment to set the record straight on the country.

The Times: Russia "deployed private military contractors around the globe to secretly spread its influence (sic)."

Russian diplomats are good will ambassadors, fostering cooperative relations with other countries, threatening none —polar opposite longstanding US policy.

The Times: Russian "hospitals are filling up fast with covid patients as its president hides out in his villa (sic)."

Far and away, the US has the highest number of patients diagnosed with covid —around 25% of the world total.

Despite the most dire economic conditions in its history — worse than during the Great Depression — most federal aid for millions of unemployed workers expired at end of July and wasn't renewed.

Other federal aid runs out at yearend — at a time when over one million Americans sought unemployment benefits weekly since March.

Nothing remotely in US history matches what's going on now, likely to worsen next year.

Despite the hardest of hard times in US history, the White House and congressional members dither and dicker while Rome burns.

Russia aids its needy citizens — in sharp contrast to the US hanging them out to dry.

"(T)he American press has been fighting the (Russian) 'monster' for so long that it did not notice that it became the monster itself."

Weeks earlier in response to Navalny's illness Moscow had nothing to do with, Times editors defied reality and journalism the way it's supposed to be, saying:

"Vladimir Putin thinks he can get away with anything (sic)."

For the Times, remarks like the above, devoid of truth and countless others like them, are all in a day's work.