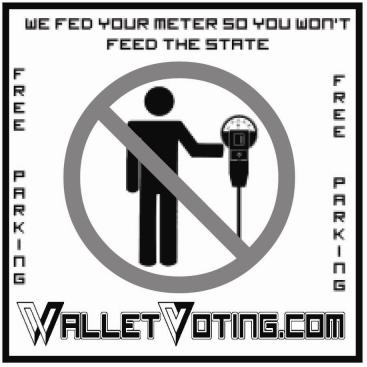 I watched most of the video you have posted on Freedom's Phoenix concerning someone putting money into parking meters.  No explanation as to why he is doing it or what the objective is was ever given. (I’m not sure which video you are referring to) (I checked later and found that Ed V posted a quick video but the following one by 4409 does a good job of explaining)
I frequently post stories and embed videos that I source from Freedom's Phoenix, but I had to let you know that this video is very poorly presented, because nowhere is the campaign explained to the reader. (Thanks, We’ll work on that)

Why is someone paying for citizens' parking meters and what does it have to do with moving to a real money (gold, silver) system? (‘Cause we can :)

Simple and Abstract reasoning follows:… Back in the early eighties I was a young restaurant manager that had an idea for a Christmas promotion. We would go to the downtown area of the small Pennsylvania town and put coins in the parking meters and a coupon on the cars informing them of our gift. Days later I learned that this small town didn’t charge for parking during Christmas Holidays, but the campaign was a great success and people appreciated it more than I anticipated.

For Twenty Five years I have been waiting for an opportunity to get the same “Emotion” generated towards something important. FreedomsPhoenix was always on the list but the enthusiasm of activists doing the work is always needed to make something like this work for long enough to have a lasting impact and naturally create a reaction from government and the media. WalletVoting.com is perfect.

WalletVoting is a Special Edition on FreedomsPhoenix, It involves coins that people individually place in a machine that goes to the Government. WalletVoting.com instructs them about the real value of some coins, and the goal is to get them to even look at the site or at least begin to recognise the logo as the campaign progresses. It takes almost no extra time to check the coin for real value before “Feeding the State” with it (we know people that work at various coin operated government facilities that comb thru the coins and exchange newer ones for the much more valuable older ones), and the people are educated with new information that are likely to share. But the ‘good will’ generated towards the effort is worth a lot more than the nickel.

Soooo, what does this project have to do with Silver and 90% silver US minted coins?... more than you might think at first glance. But the real goal is to create buzz, generate a reaction from government and the media and to have fun while generating a positive emotion from those helped.

And the bonus of developing an understanding that we are defending them from “The State” with a nickel won’t be a lost issue with many either (Ironically, this is the biggest motivation for many activists to get involved in this project).

What many interested in politics miss and what makes many of my supported efforts different is the emphasis on how the activism makes people _feel_. Intellectually understanding something pales in significance with how somebody _feels_ about something. A good feeling about something you agree with evolves into active support.

Agree with my methods or not, I hope you’ll understand why I take on these sorts of projects in the order that I do. Positive emotions first for such a government opposed issue like this. ‘Who are the Good Guys and Who are the Bad Guys’… the why will be self evident as time passes. This project is hoped to be as large as the LOVE project around the philosophy of an unknown 70+ year old Congressman from Texas. First we associated Ron Paul with a Loving Revolution… the why became well understood over time.

Emotion is a powerful tool, this is why governments use Fear and Anger as often as they do to manipulate the populace. But these emotions are very corrosive and create unpleasant side effects that make the emotions of Love and Peace of Mind etc. all the more welcome. So the more you might Hate the state, the more you should Spread the Love.

Having a nickel put into your parking meter to help prevent $30-$60+ to the state that uses the resource to further enslave you is a welcome demonstration of at least a nickel’s worth of LOVE.

Those with other ideas always get the same response from me,… “Waiting on You Now”. 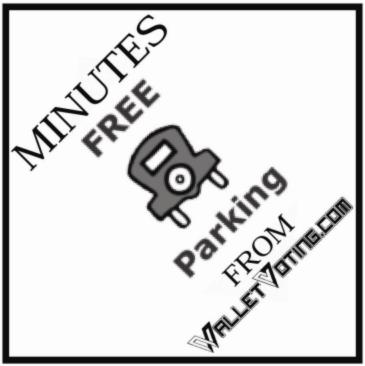 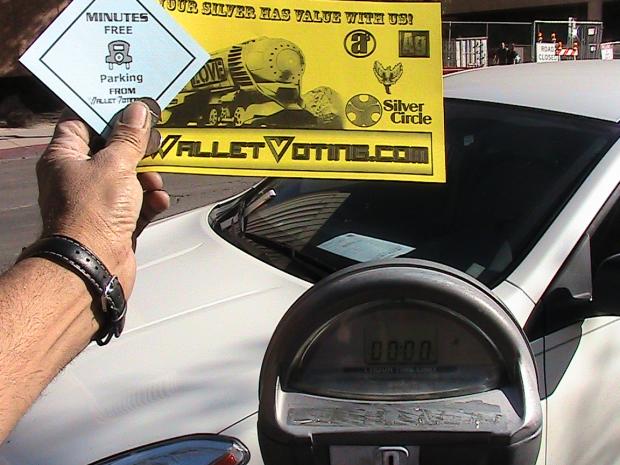