Join-Us | Log-In
Freedom Forum | Translate
Gavin Seim (Portraitist, Pictorialist, Writer), winner of the CheckpointUSA/CopBlock/LRN.FM content contest, on how he came to assert his rights and what he is teaching his children - Chuck Baldwin (Pastor, Liberty Fellowship) on Christians and gover

Media Type: Audio • Time: 128 Minutes and 0 Secs
Hour 1 -- Freedom's Phoenix Headline News
Hour 2 -- Gavin Seim (Portraitist, Pictorialist, Writer), winner of the CheckpointUSA/CopBlock/LRN.FM content contest, on how he came to assert his rights and what he is teaching his children

Gavin Seim
Portraitist, Pictorialist, Writer
Webpages:
SeimStudios.Com
LightLetter.Com
Gavin is the winner of the Checkpoint Content Contest, sponsored by CopBlock.Org, CheckpointUSA.Org, and LRN.FM
Gavin comes on the show to talk about why he took a stand at the DHS checkpoint, and what he is teaching his children about the incident and what it means. 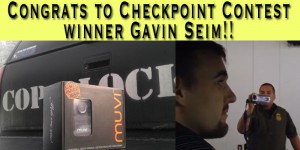 Gavin Seim’s submission best addressed the contest criteria. For his efforts, Seim will be sent the Veho Muvi Gumball 3000 HD videocamera.
Watch Seim’s video entry, and see all other entries received: Congrats Garret Seim! Winner of The Checkpoint Contest
Here is Gavin's Checkpoint Video Submission
DHS Checkpoint - Being Detained Because of the Constitution!:


On March 4th we announced The Checkpoint Contest, which solicited content that best demystifies checkpoints and educates others about their rights should they encounter one themselves.

When the deadline passed on April 8th we had received nine entries, which were judged by Terry Bressi (on behalf of Checkpoint USA), Ian Freeman (on behalf of Liberty Radio Network) and myself (on behalf of Cop Block). We all agreed – Gavin Seim’s submission best addressed the contest criteria. For his efforts, Seim will be sent the Veho Muvi Gumball 3000 HD videocamera.

Seim, a self-described “portraitist, pictorialist, and wrriter” who left with his family from Washington to go on a road trip, recorded his interaction with employees at an internal checkpoint. You can connect with Seim via: http://f164.com – http://twitter.com/gavinseim - http://seimstudios.com – http://lightletter.com

Al entries received are posted below, in order of the average rank earned by the judges. To see the rest of the video entries, click here

Checkpoints in America - Are you a US Citizen???: 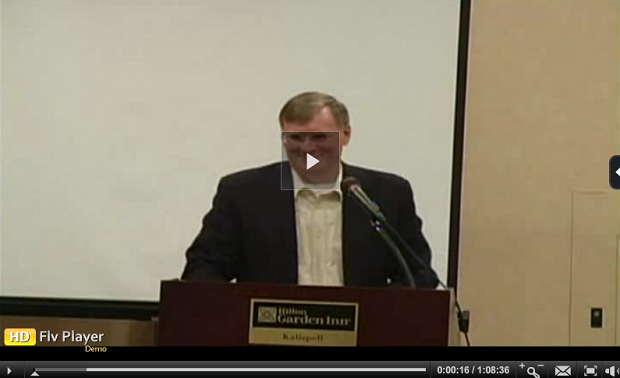 Also, see No King But Caesar:

With the Easter message fresh on my mind, I am again reminded of what the Jewish leaders said to Pilate when they tried to coerce him to crucify Jesus. They said, “We have no king but Caesar.” Remember, these were the Jewish Pharisees, scribes, elders, priests, and high priests. They prided themselves in being scholars of the Torah. They believed themselves to be the sole interpreters of the Mosaic Law. Yet, the very First Commandment of the Decalogue handed down to Moses is, “Thou shalt have no other gods before me.” But in order to stay in the good graces of the Roman government, they emphatically proclaimed that they recognized no king but Caesar.

Remember, Caesar insisted that everyone recognize him to be, not only king, but God. To be loyal to Rome, one had to acknowledge the deity of Caesar. One could worship any other god that one wanted to, as long as Caesar was acknowledged as Sovereign. Historians famously say that there were as many gods in Rome as people. Rome prided itself in being religiously pluralistic and tolerant. First Century Christians were not persecuted because they worshipped Jesus; they were persecuted because they refused to worship Caesar; they refused to acknowledge the sovereignty of Caesar. It was for this reason that early Christians were fed to lions and made sport of in the amphitheaters.

In their desire to use the Roman government to advance their own agenda (crucifying Christ and later His disciples and apostles), the Jewish leaders were quite willing to acknowledge the deity and sovereignty of Caesar–even though doing so was a blatant violation of the First Commandment given by Jehovah to Moses. Is it a little more than interesting that after conducting a secret, illegal trial of Jesus and blaspheming God in declaring Caesar king that they immediately afterward sat down to observe the Passover? No wonder Jesus called them “Hypocrites.”

“What does all of this have to do with modern America?” you ask. Everything!

Gun Rights
To Keep or Not to Keep: Why Christians Should Not Give Up Their Guns (Chuck & Tim Baldwin) 4/29/13
04-24-2013  •  KeepYourArms.Com
The Complete Christian Exegesis on the Right to Keep and Bear Arms...This book To Keep or Not to Keep aims to equip every Bible believing Christian in America with the scriptural tools and knowledge they will need to make wise decisions about the def

There is an interesting exchange between Ernest and Chuck between 32:00 & 34:00.  At 32:30, Chuck mentions the Supremacy Clause, cited above.

central body (1, Thank the creator, nature, nature's god, the supreme judge of the world, and [the origin of] divine providence!)

county/parish bodies (3,000+ according to Sheriff Mac during a recent DYI show)

At one point, Chuck says very few people have even read it.  I fear he is right.

At another, Chuck says that the sorry state of affairs in which we currently find ourselves came to be because the people allowed it to come to be.

Ernest mentioned the need of "thuh guvahmint" to appear legitimate.  The Constitution can be used to attack that veil of legitimacy.  But for the Constitution to be a useful tool toward that end, the people must be familiar with it.

Chuck mentioned Marbury v Madison.  In that, Justice Marshall call the constitution paramount law.  The Constitution, as I read his opinion, trumps legislation and treaties.  If the central body of the federal government cannot infringe on the rights of the people to keep and bear arms under the Constitution, they cannot get around that by treaty.  It's true that the "in pursuance thereof" phase seems to apply to legislation only, but if the Constitution is indeed to be viewed as paramount law, I believe this argument holds.  (BTW, that treaty did not come up in the show.

Judges are bound by the Constitution in the language of the supremacy clause.  This includes respecting the Constitution's guarantee of a republican form of government, a form of government in which the people hold sovereign power and express their will through the legislative organs in the various bodies of the federal government mentioned above.  This means judges ain't supposed to legislate.  Court rulings are not included on the list of things under the umbrella of the supremacy clause.  Only the Constitution, legislation and treaties are supreme.

Nor should court rulings be observed as supreme law absent supporting legislation.

Obama Care was "blessed" by the SCOTUS.

That doesn't matter.  Obama Care can still be repealed by legislation.

(BTW, Obama Care was not mentioned in the show - just so you don't listen again thinking you missed it.  I'm just using it as an example.)

Strictly speaking, regulations are not the supreme law of the land either.  Nor should they be given the force of law.  These regulations and regulatory agencies were made "necessary" only when the central body of the federal government began to greatly exceed the powers vested in it by the Constitution.