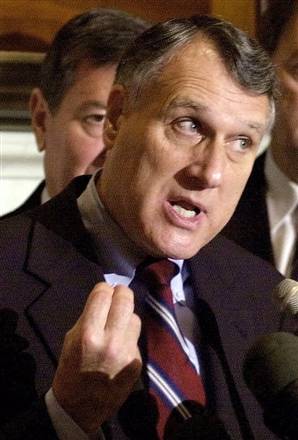 On Sunday, Sen. John Kyl (R-Ariz.) became the highest-ranking Republican to suggest support for the repeal of the 14th Amendment to the U.S. Constitution. Appearing on CBS' Face the Nation, Kyl said that he opposes allowing children of undocumented immigrants to be granted U.S. citizenship and wants Congress to hold hearings on the matter.

In doing so, the Senate's no. 2 Republican didn't place himself on the extreme wing of his party's stance on immigration policy. Rather, he joined what is a growing movement that could very well shape the official policy planks of the GOP.

(A Kyl spokesperson told CBS News on Monday that he supports hearings into the issue, "he did not call for the 'repeal' of the 14th Amendment.")

There are already a number of Republican officials who have preceded Kyl in calling for a reworking of the country's citizenship laws. Sen. Lindsey Graham (R-S.C.) has proposed the piece of legislation that would repeal the 14th Amendment.

An aide to Graham said that there had been no formal dates set for hearings or the bill's introduction. "Senator Graham threw this out there on Fox News and it is something that he has been talking about in South Carolina as well," the aide said. But there was growing talk and legislative activity around the concept.

Texas AG threatens to sue Biden admin over this issue

As Biden Prepares to Take Office, a New Rush at the Border