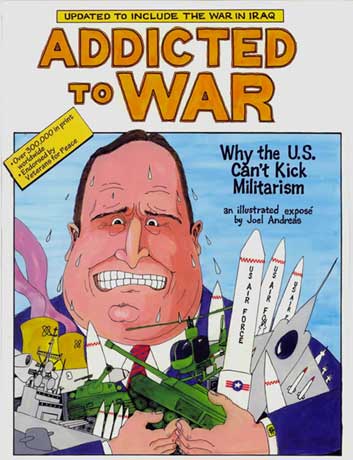 Depth regimes in the Middle East are characterized by a cyclical build-up of weapons in both Israel and the Arab states, alongside elevated oil prices, as core petroleum and armament companies, fueled by and fueling regional instability, exploit that instability to expand their differential profitability. How much of this is visible in something relatively small and relatively analytically discrete—an arms sale, for example? Let’s see. The media is reporting on an American sale of 84 F-15s and dozens of Blackhawk helicopters to Saudi Arabia as part of a 30 billion dollar deal. Israel reportedly opposed the deal, as it opposed the 9 billion dollar sale of F-15s to Saudi Arabia in 1992--a sale that went through against the Lobby's initial objections, clarifying which sector of domestic power wins when the question is one of survival for a key armament manufacturer in the United States. Meanwhile the US is attempting to sell the Israeli air force the new F-35 fighter jet. However, Jonathan Cook reports that “the US has offered Israeli firms defence contracts worth $4bn to supply parts for the F-35 -- a deal some Israeli analysts believe is designed to buy Israel’s silence over the Saudi deal and ensure it gets through the US Congress.”

That 4 billion dollar contract will cover much of the cost of the F-35s, which cost 150-160 million dollars apiece. Israel is expected to buy 20 of them, with an option to purchase another 55 in the future. They are equipped with stealth technology, enabling them to be used as a threat against Iran, which may be in possession of Russian anti-aircraft missile batteries—part of the point of the deal. Cook continues: “Last year Israel had threatened to abandon negotiations over the F-35 and opt instead to buy the advanced F-15. Saudi Arabia’s reported purchase of that jet appears to make such a scenario less likely,” as Israel is forced so purchase the more-expensive, more-modern plane in order to maintain what Ehud Barak called its “qualitative military edge,” although other analysts suggested that Israel could simply soup up its F-15s and F-16s instead of purchasing the latest jet from American arms factories. With Saudi Arabia in possession of F-15s, Israel will be forced to purchase more advanced fighter jets in the future, too, so the deal will effectively lock in the Israeli “option,” assuming, of course, that it maintains the belligerent posture that requires a “qualitative military edge.” Clearly, American arms manufacturers have little interest in Israel arriving at a just peace that would tamp down regional conflicts.

What do we see here? Several things. First, the Lobby, in action in Congress to make sure “Israeli” defense firms get the contract to make parts for the F-35, a bonanza for them. Next, massive exports of F-15s and F-35s to Saudi Arabia and Israel, respectively. With most of the costs for research and development already sunk, these arms exports represent massive profit for the arma-core. Now, the Israel Lobby has played its part in diverting—or securing—that 4 billion dollars for “Israeli” firms (often partially owned by trans-national and especially Russian and American capital), but that 4 billion dollars is not a transfer from the “US” to “Israel”: it’s a transfer from the US taxpayer to transnational, Israeli-based, capital,

2 Comments in Response to Keeping the Middle East Wars going: The US sells armament to both sides

Well, you don't want the military industrial complex to discriminate do you?  That would be unAmerican!