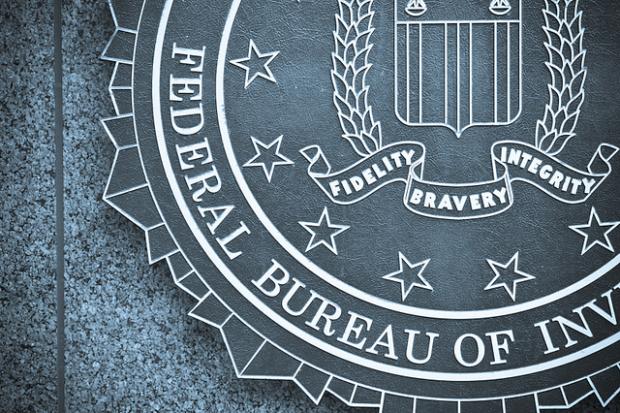 As recently as January 2009, the FBI thought its agents ought to know the following crucial information about Muslims: They engage in a “circumcision ritual” More than 9,000 of them are in the U.S. military Their religion “transforms [a] country’s culture into 7th-century Arabian ways.”

And this was what the FBI considered “recommended reading” about Islam:

A much-criticized tome, The Arab Mind, that one reviewer called “a collection of outrageously broad — and often suspect — generalizations“ A book by one of Norwegian terrorist suspect Anders Behring Breivik’s favorite anti-Muslim authors.

All this is revealed in a PowerPoint presentation by the FBI’s Law Enforcement Communications Unit (.pdf), which trains new Bureau recruits. Among the 62 slides in the presentation, designed to teach techniques for “successful interviews/interrogations with individuals from the M.E. [Middle East],” is an instruction that the “Arabic mind” is “swayed more by words than ideas and more by ideas than facts.”

The briefing presents much information that has nothing to do with crime and everything to do with constitutionally-protected religious practice and social behavior, such as estimating the number of mosques in America and listing the states with the largest Muslim populations.

Other slides paint Islam in a less malicious light, and one urges “respectful liaison” as a “proactive approach” to engaging Muslims. But even those exhibit what one American Muslim civil rights leader calls “the understanding of a third grader, and even then, a badly misinformed third grader.”

I think all these stories put Larkin Roses article   When Should You Shoot A Cop
http://www.copblock.org/5475/when-should-you-shoot-a-cop/

This is a typical con article placed by the insidious CAIR outfit that works for the Muslim Brotherhood and owns Obama to undermine the foundations of the U.S. in preparation for future Islamic takeover. Sure, modern Muslims don't live in the 7th cent., it's just that Muhammad and Allah do, and their commands to take over the world by all means available and never stop their ceaseless war are cast in concrete in the Quran, their holy book, revealed by Muhammad, the final prophet and model, who committed every sin in the book in the name of Allah and launched a horror show on the world that's taken over 200 million lives and counting - after all, eternal peace is worth it :). To be a modern Muslim, then, one must chuck Muhammad and half the Quran, which maybe a lot of Muslims do precisely because Western infidels have talked them out of it, but the problem is that they can decide to imbibe the Quran at any time and turn into ticking time bombs like Maj. Nidal Hassan, and worse, they all hand it to their children. In short, the Quran is an alien DNA that Muslims bring with them to the U.S. that is an archenemy of our entire Western civilization and the U.S. Constitution and Bill of Rights. Therefore I think the FBI better hold onto them manuals that CAIR hates so much.

"We Print It Digitally": Futures, Gold Soar After Powell Vows "Lot More We Can Do

The Invisible Hand Of Markets Is Handcuffed To QE-Infinity... There Will Be Consequences

Small Businesses, Many Of Which Couldn't Get PPP Loans, Have "A Few Months Or Less" To