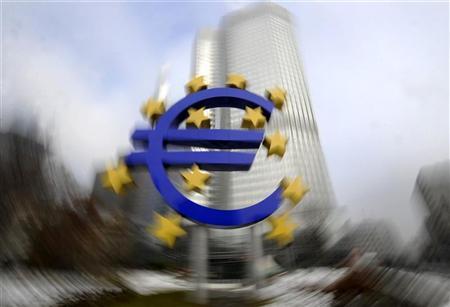 (Reuters) - European finance ministers looked unlikely to reach a target of boosting IMF resources by 200 billion euros to ward off the debt crisis on Monday, after Britain said it would not take part in a plan aimed specifically at helping the euro zone.

In a three-hour conference call, ministers also assessed plans for tighter euro zone fiscal rules - a new 'fiscal compact' - that policymakers hope will insulate the 17-country currency zone against a repeat of the two-year debt crisis.

Treasury sources said Britain had made it clear on the call it would not participate in the plan to increase IMF resources by up to 200 billion euros, with 150 billion of coming from euro zone central banks.

"We were clear that we would not be making a contribution," one treasury source said, while another added that there was "no agreement on the 200 billion" euro funding boost.

Farage: Deal Might Not Be Perfect, But We've Made the Break, the Brexit Wars Are Over

25 Years Later: What The Euro Has Become

From a Hamilton Moment to Perpetual Debt Slaves: This Is the True Face of the EU

Watch Live: ECB Christine Lagarde Explain How More Of The Same Policy Will Work This Time

Rabobank: It's Orwell, Not Ends Well

Why Central Banks Will Double-Down On 'Lending Schemes'