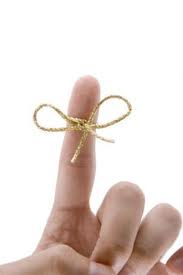 Despite the fact that forgetting is normal, exactly how we forgetthe molecular, cellular, and brain circuit mechanisms underlying the processis poorly understood.

Now, in a study that appears in the May 10, 2012 issue of the journal Neuron, scientists from the Florida campus of The Scripps Research Institute have pinpointed a mechanism that is essential for forming memories in the first place and, as it turns out, is equally essential for eliminating them after memories have formed.

"This study focuses on the molecular biology of active forgetting," said Ron Davis, chair of the Scripps Research Department of Neuroscience who led the project. "Until now, the basic thought has been that forgetting is mostly a passive process. Our findings make clear that forgetting is an active process that is probably regulated."

The Two Faces of Dopamine

To better understand the mechanisms for forgetting, Davis and his colleagues studied Drosophila or fruit flies, a key model for studying memory that has been found to be highly applicable to humans. The flies were put in situations where they learned that certain smells were associated with either a positive reinforcement like food or a negative one, such as a mild electric shock. The scientists then observed changes in the flies' brains as they remembered or forgot the new information.