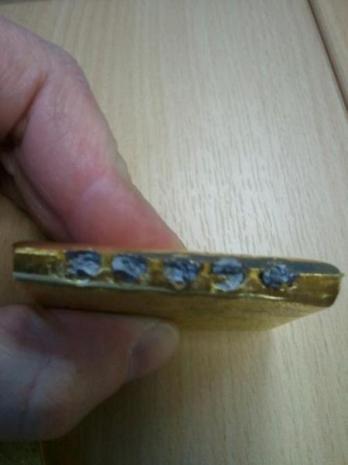 The speculation has been that this has been known about for quite some time, but that to ensure confidence in the monetary system, it has been covered up to prevent speculation and panic. The rumors have swirled around much larger bars and quantities, of the type usually only governments and institutions possess (which would make a cover-up easier to pull off than if the fraud involved smaller more commonly traded and transiting bars).
The last time a story of Tungsten-filled gold appeared on the scene was just two years ago, and involved a 500  gram bar of gold full of tungsten, at the W.C. Heraeus foundry, the world's largest metal refiner and fabricator. It also became known that said "gold" bar originated from an unnamed bank. It is now time to rekindle the Tungsten Spirits with a report from ABC Bullion of Australia, which provides photographic evidence of a new gold bar that has been drilled out and filled with tungsten rods, this time not in Germany but in an unnamed city in the UK, where it was intercepted by a scrap metals dealer, and was supplied with its original certificate. The reason the bar attracted attention is that it was 2 grams underweight. Upon cropping it was uncovered that about 30-40% of the bar weight was tungsten. So two documented incidents in two years: isolated? Or indication of the same phenomenon of precious metal debasement that marked the declining phase of the Roman empire. 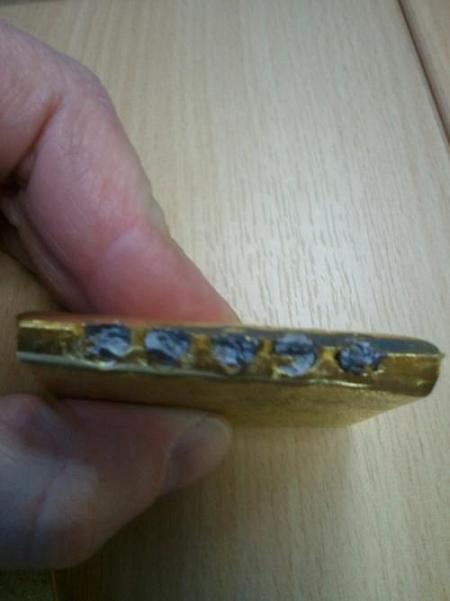 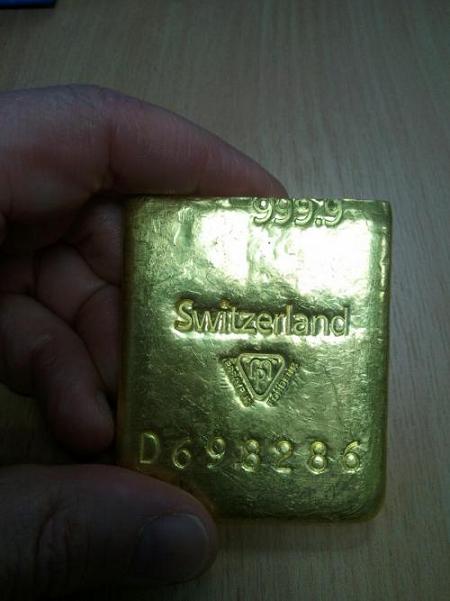 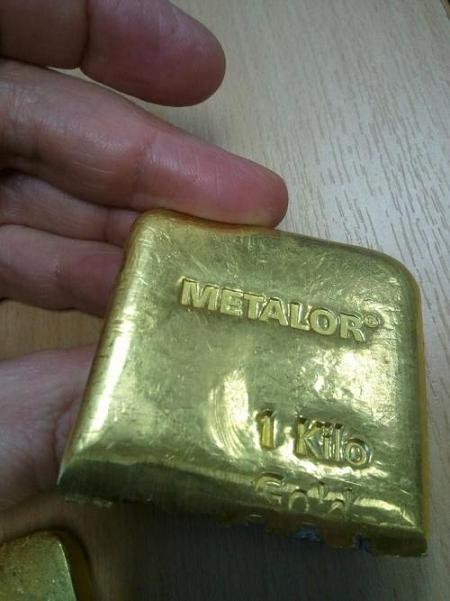 After numerous reports of 400oz tungsten filled bars being discovered in Hong Kong, this is the first documented and verified report with photographic evidence that has been made public.

Now that we have confirmed documentation that 1 kilo gold bars have been drilled out and filled with tungsten, look for a rapid scramble to verify the AU contents of 400oz bars which reportedly have also been tainted with tungsten (the market is 'stuffed full' of gold plated tungsten 400oz bars according to Rob Kirby).

For those unfamiliar with the original reports that 60 metric tonnes of 400oz 'good delivery' bars were gutted and filled with tungsten, and swapped with US Treasury gold at Fort Knox in a highly sophisticated plan, an excerpt of his 2009 piece is included below:


The amount of “salted tungsten” gold bars in question was allegedly between 5,600 and 5,700 – 400 oz – good delivery bars [roughly 60 metric tonnes].
This was apparently all highly orchestrated by an extremely well financed criminal operation.
Within mere hours of this scam being identified – Chinese officials had many of the perpetrators in custody.
And here’s what the Chinese allegedly uncovered:
Roughly 15 years ago – during the Clinton Administration [think Robert Rubin, Sir Alan Greenspan and Lawrence Summers] – between 1.3 and 1.5 million 400 oz tungsten blanks were allegedly manufactured by a very high-end, sophisticated refiner in the USA [more than 16 Thousand metric tonnes].  Subsequently, 640,000 of these tungsten blanks received their gold plating and WERE shipped to Ft. Knox and remain there to this day.  I know folks who have copies of the original shipping docs with dates and exact weights of “tungsten” bars shipped to Ft. Knox.

The balance of this 1.3 million – 1.5 million 400 oz tungsten cache was also plated and then allegedly “sold” into the international market.
Apparently, the global market is literally “stuffed full of 400 oz salted bars”.
Makes one wonder if the Indians were smart enough to assay their 200 tonne haul from the IMF?

2 Comments in Response to Rumors confirmed: Gold bars actually ARE being spiked with tungsten (photos)

Silver Just Had Its Best Month In 40 Years:

A Record Amount Of Physical Gold Was Just Delivered On COMEX, Here's Why

Rubino Warns "World On Verge Of Spinning Out Of Control"

Goldman Warns "Real Concerns Are Emerging" About The Dollar As Reserve Currency; Goes

"All Roads Lead To Gold" In A Credit Implosion; Holter

HISTORY Is Being Made! - Silver & Gold SKYROCKET As People Get Out Of Dollar!