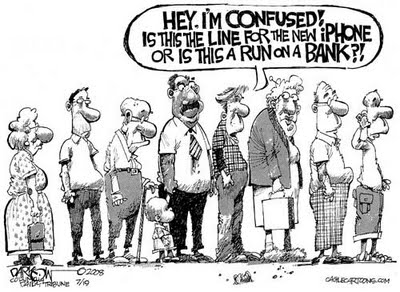 Depositors withdrew a total of about $100 million per day over the last month in a safe-haven bid fueled by uncertainty over policies that might be adopted as pressure grows to keep U.S. currency in the country.

The chase for dollars is motivated by fear that the government may further toughen its clamp down on access to the U.S. currency as high inflation and lack of faith in government policy erode the local peso.

"Deposits keep going down," said one foreign exchange broker who asked not to be named. "There is a disparity among banks, but in total it's about $80 million to $120 million per day."

U.S. dollar deposits of Argentine banks fell 11.2 percent in the preceding three weeks to $11.5 billion, according to central bank data released on Friday. The run on the greenback has waxed and waned since November, after President Cristina Fernandez won a second term on promises of deepening the state's role in the economy.