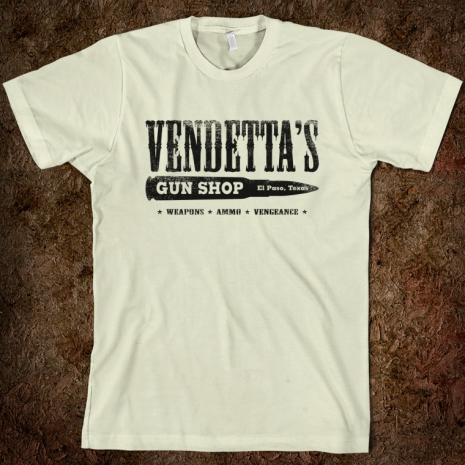 The Armory began as an offshoot of The Silk Road, notable as the Internet's foremost open drug bazaar, where anything from heroin and meth to Vicodin and pot can be picked out and purchased like a criminal Amazon.com. It's virtually impossible to trace, and entirely anonymous. But apparently guns were a little too hot for The Silk Road's admins, who broke the site off from the main narcotics carnival. Now guns, ammo, explosives, and more have their own shadowy home online, far from the piles of Dutch coke and American meth. But the same rules apply: with nothing more than money and a little online savoir faire, you can buy extremely powerful, deadly weapons—Glocks, Berettas, PPKs, AK-47s, Bushmaster rifles, even a grenade—in secret, shipped anywhere in the world.
The Amazon comparison might not be fair—The Armory wants to make itself hard to access (for obvious reasons that have to do with not going to prison), so it's not as easy as just firing up any old website. In fact, it's not really on the web in any traditional sense. To get to The Armory, you need to deploy a free piece of software called TOR. Originally (and ironically) developed by the Navy, it's become the anonymizing software par excellence among criminals, hackers, schemers, and the otherwise paranoid. TOR routes and reroutes your connection to the Internet through a sprawling maze of encrypted nodes around the world, making it a herculean feat to find out who's who. The Armory's URL—ayjkg6ombrsahbx2.onion—reflects that, a garbled string of letters and numbers deliberately impossible to memorize. Once you're actually signed in, you then have to turn to Bitcoins as mandatory currency, a further exercise in computer secrecy and complexity in itself. This ain't exactly walking into a gun show and walking out with a pistol.
Still, the site prides itself on being about as easy to use as an illegal underground weapons dealership can be:

The Armory is an anonymous marketplace where you can buy and sell without revealing who you are. We protect your identity through every step of the process, from connecting to this site, to purchasing your items, to finally receiving them.

That receiving part is almost as tricky as the labyrinthine purchasing process. How exactly do you illegally ship illegal guns to potential criminals? In pieces. Small pieces. The crafty gun dealers of The Armory aren't going to just stick an assault rifle into a manilla envelope and drop it into a local mailbox. Rather, buyers get each gun component shipped in shielded packages—disguised to look like other products—that then require self-assembly. You get your gun, the dealer gets his money, The Armory retains its secrecy, and the mail carrier doesn't realize it's part of an international weapons smuggling operation.
The Armory shouldn't scare you, really. There are plenty of ways for a crook to buy guns, and there have been since both crooks and guns existed. The site doesn't represent some new influx of bullets into murderous hands, so much as it's a harbinger of things to come—and a klaxon for what's already here. The Armory is a tiny community, but the network that hides it is immense and near impossible to dismantle. We should find solace knowing that there are tools like TOR to keep our emails away from, say, the prying eyes of an oppressive regime.

I wonder how their customer service works.