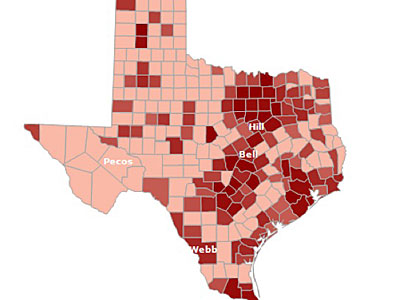 Fantastic paragraph and sentence here from Nomura bond strategist George Goncalves:
The latest game of chicken between ECB and member countries (that ultimately need the ECB to keep markets liquid) is another example of how different the Eurozone-bloc is versus the United States. Just imagine if the Fed had to play tough with California or worse Texas for example, to effectively impart monetary policy. And ironically enough, the latest verbal intervention by Draghi has already reduced Spanish and Italian yields, taking pressure off governments from ceding power.

It's important to recognize that the relationship that Mario Draghi has with European political leaders is unique.

In the US, Bernanke frequently tells lawmakers to get their act together (on fiscal policy) but he really has no sway over them. He has absolutely no leverage over Congress to get them to do anything. At worst, he can give them a stern talking to.

In Europe, cajoling and finessing politicians is a key part of Draghi's job. Draghi uses monetary policy sometimes as a stick, such as when he let Italian yields drift up last year in order to hasten the ouster of Berlusconi. Now he's using it as a carrot, encouraging Europe to put make progress on the bailout funds, and bailout plans.