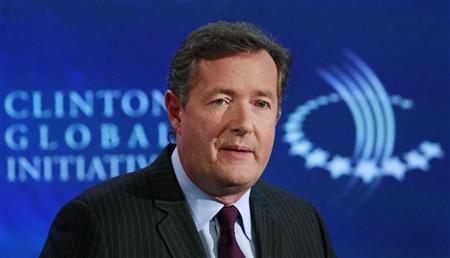 Morgan last week lambasted pro-gun guests on his show, after the December 14 mass shooting at Sandy Hook Elementary School in Newtown, Connecticut, where a gunman shot dead 26 people, including 20 children.

"We demand that Mr. Morgan be deported immediately for his effort to undermine the Bill of Rights and for exploiting his position as a national network television host to stage attacks against the rights of American citizens," the petition said.

The petition, started on December 21 by a man identified as Kurt N. from Austin, Texas, accuses Morgan of subverting the second amendment of the U.S. Constitution, which guarantees the right to bear arms.

U.S. citizens can file a petition on the White House website, whitehouse.gov, if they collect at least 25,000 signatures within 30 days. The White House is then obliged to issue a response.