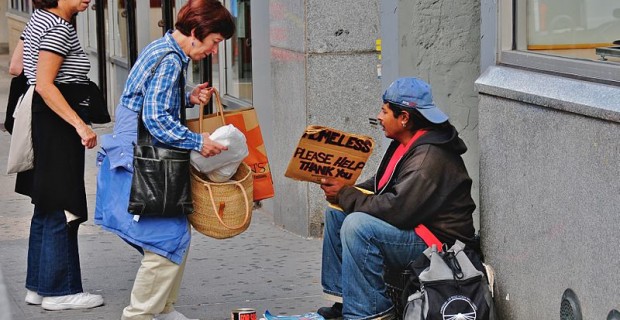 A whistleblower who claims to work inside the Los Angeles Department of Health Services has told Infowars that L.A. officials are planning to forcibly remove homeless people from the streets later this summer and house them in facilities which they will not be permitted to leave.

The source, an office clerk within the LADHS, said that during a policy meeting on the morning of June 18th last month, his supervisor announced that the Los Angeles County Dept. of Health Services had struck a deal with the government to open up "low cost housing" facilities for homeless people, otherwise known as "FEMA camps." The source said that his supervisor ordered staff not to use the term "FEMA camps."

The program is focused around removing or relocating homeless people from the streets of downtown L.A., starting with Skid Row.

"We will approach them on the street asking if they need or want help usually offering food to get their direct attention, if they come into the office it makes our jobs twice as efficient," said the supervisor. "In most cases the decision is already made for them unless they become combative or belligerent in which case we send them in for a 72 hour psych evaluation and then transfer them while under sedation or heavy medication to the "facility."