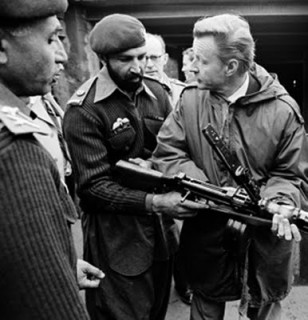 Veterans Day is coming up and it starts.  We now have a Navy SEAL, real or imaginary, I just don't care, humiliating all of us by making a total ass of himself.  This one claims he killed "Osama bin Laden."

Those of us with real access know that to be impossible.  Bin Laden AKA Colonel Tim Osmon, the rank given him by the CIA, died December 13, 2001.

Recent documents released from Russia, part of the Snowden trove, made it clear:  Al Qaeda is an operational group of CIA, Mossad and Saudi Intelligence tasked with false flag terrorism.  The investigation into their crimes is called Able Danger.

Then we can discuss who bin Laden really was.  During debriefings with Lee Wanta, former White House intelligence coordinator for President Reagan, bin Laden was always a loyal CIA operational officer.  During times when bin Laden was supposedly being hunted, we have slam-dunk proof he was in the United States.  We have locations of meetings, those he met with including both Wanta, Oliver North and top Washington officials.

My own knowledge of bin Laden come from examining the records of both the ISPR and ISI in Pakistan.  There, I met with the Director's of both units including General Pasha, Director General of Pakistan's feared ISI.  As a witness to the briefings, former Senate Finance general consul Jeff Gates was seated beside me.  Let someone else come up with a more credible witness.