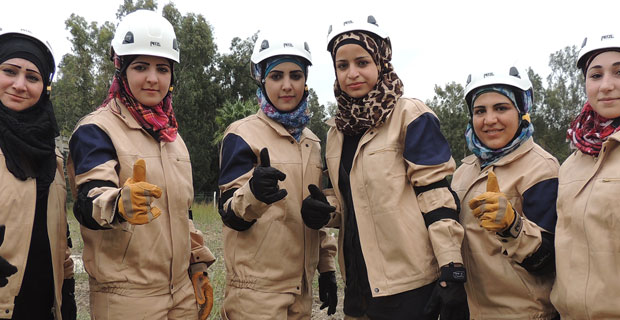 The group, dubbed the "White Helmets," posted the image on Twitter.

The image was subsequently revealed to be misleading — it shows a girl injured on September 25, 2015, days before the Russian bombing campaign against the CIA's jihadist "rebels" operating in the country.

According to Sputnik, a Russian news website, the photo was tweeted hours before the Russian Parliament authorized the use of military action in Syria.

Investigative journalist and peace activist Vanesse Beeley told Sputnik and the 21st Century Wire the White Helmets are sponsored by the globalist George Soros and work with the Syrian Observatory for Human Rights and other anti-Assad NGOs.

The White Helmets group is linked to Soros through the PR firm Purpose, Inc., which argues in favor of military intervention against Bashar al-Assad.

The co-founder of Purpose is Jeremy Heimans, who created Avaaz, a "pro-democracy" group linked to the Soros' Open Society Foundation, MoveOn.org and the labor group SEIU, NGO Monitor reports.