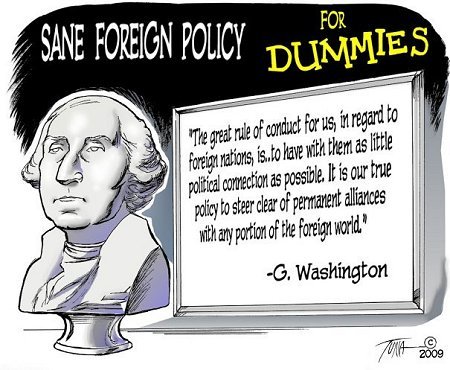 Look at Iraq. The U.S. invasion and multi-year occupation of that country was supposed to bring a paradise of peace, prosperity, and harmony to the country. That's what killing all those Iraqis was about — sacrificing them for the greater good of a beautiful society. Wasn't it called Operation Iraqi Freedom?

Yet, what do we have now? We have a country with a regime that exercises such totalitarian powers as arbitrary arrests, unreasonable searches, indefinite incarceration, torture, suppression of speech, state-established religion, and assassination.

Of course, as most everyone knows, Iraq is also a country that is filled with ongoing death, destruction, chaos, and crisis.

That's what Operation Iraqi Freedom has brought to Iraq. Remind me again: What did killing all those Iraqis accomplish? What did all those U.S. soldiers die for or get maimed for?

But that's not all.

The totalitarian-like regime that the U.S. invasion and occupation brought to Iraq is closely aligned with Iran, which the U.S. government considers to be one of its official enemies. Isn't that ironic? I thought the purpose of U.S. regime-change operations was to bring into existence regimes that are aligned with the U.S. national-security state, i.e., the Pentagon and the CIA.