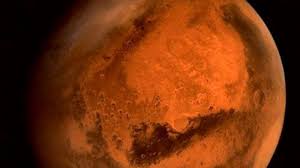 Scientists with the International Potato Center created Mars-like growing conditions inside a CubeSat designed by engineers at the University of Engineering and Technology in Lima, Peru. The potato plants inside the experimental box are reportedly thriving.

The box mimics the day-night patterns of Mars, as well as its temperature, air pressure and atmospheric composition. Sensors inside the hermetically-sealed box monitor the progress of the tubers.

"Growing crops under Mars-like conditions is an important phase of this experiment," Julio Valdivia-Silva, a research associate with the SETI Institute, said in a news release. "If the crops can tolerate the extreme conditions that we are exposing them to in our CubeSat, they have a good chance to grow on Mars. We will do several rounds of experiments to find out which potato varieties do best. We want to know what the minimum conditions are that a potato needs to survive."

The genome of the potato plant is dynamic. Its genes boast considerable adaptive potential. Researchers have previously engineered potatoes to survive salty soils and drought conditions.