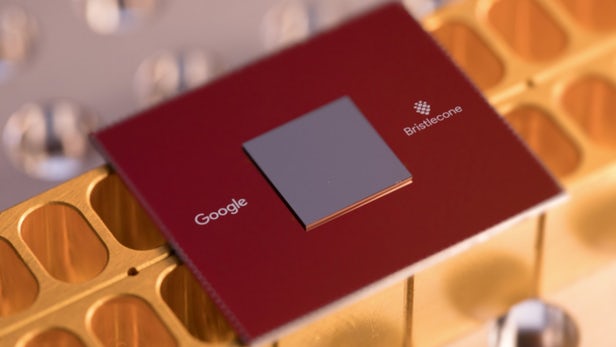 Bringing us ever closer, Google has now unveiled Bristlecone, a new quantum computer chip with the record-setting power of 72 quantum bits (qubits).

Traditional computers perform their calculations in binary, so every bit of data is represented as either a zero or a one. Thanks to the quirky science that is quantum mechanics, a qubit can be in a superposition of both, effectively representing both a zero and a one at the same time. That means the power of a quantum computing system scales exponentially – two qubits can represent four states at once (00, 01, 10 and 11), three qubits represent eight, and so on.

As a result, quantum computers are great at performing simultaneous operations, processing all of these states at the same time where classic computers would have to run through each in turn. That means that, theoretically, a quantum computer made with a 49-qubit chip (like Tangle Lake, a processor Intel unveiled at CES in January) could outperform our current best supercomputers at certain types of operations.