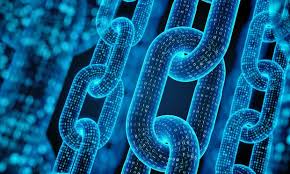 In January, the tokens will come available for trade on tZero's own trading platform by institutions and affluent individuals that meet the SEC's accredited investor standard. In August, the trading will open up to all investors. By the end of the year, Overstock CEO Patrick Byrne hopes to have as many as 60 blockchain-based security offerings underway on tZero.

The January launch of trading marks two critical early changes for the stock market. First, it appears it will be the first time an SEC-cleared digital security token will be traded via a public blockchain, the shared database technology known best as the foundation for Bitcoin and other cryptocurrencies. Second, it is the start of an independent, secondary market where individual investors will be able to buy and sell private equities.

Freedom is the Answer. What's the Question?

The Economy is Circling the Drain Along w Your Toilet Paper

Military Command Isolating In Underground Bunker! What You Need To Know

It Wasn't "Different This Time"...It Was Worse & The Fed Will Fail by Ron Paul