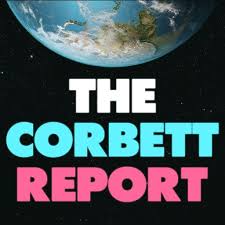 It's no secret that governments hate the free market. At its base, every single government tax, license, regulation and restriction is an implicit rebuke to the idea that humans should be able to interact freely with those around them.

This is old news to my long-term readers, but it bears repeating because many have been duped by the purveyors of socialist dogma to believe that free interaction between sovereign individuals is a scourge that must be eradicated. Because, you see, the fact that food, clothing, shelter, health care and the means of production don't magically rain from the sky into the lap of every person on the planet means that any attempt to exchange your skills and services with another in return for compensation is slavery. (No, this is not an analogy, it's LITERAL SLAVERY, guys!)

The words "free market" have become so tainted in modern economic discourse that their very mention tends to evoke a slew of supposedly related and equally hated terms. "Capitalism" and "big business" and "banker" are thrown together in a stew with "free market" so that anyone who talks about voluntary transactions between free people in a positive manner is obviously a poor-hating fat cat who lights his cigars with $100 bills and dines on the tears of beggars.

But here's a puzzler for the socialists in the crowd: Why is it that the very banksters against whom they so rightfully rage are in fact their biggest allies in the fight against the free market?

I know this perfectly straightforward observation will come as a shock to some of my readers, so let's break it down.

"What? The banksters hate the free market? Say it ain't so, James." Oh, it's so. Find out all the details about the central bank's fight against freedom in this week's edition of The Corbett Report Subscriber.

What Are You Going To Do With Your Banked Money After March 31st?