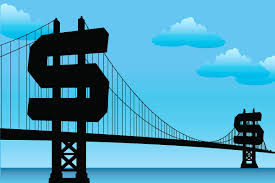 Using corporate stock buybacks to fund the Federal Highway Trust Fund might be the answer.

Any planned phase-out of fossil fuel cars with electric cars will most likely need an overhaul that replaces the gas tax with a new funding source. Currently, America's Highway Trust fund depends on collecting gas taxes at 18.4 cents a gallon for gasoline and 24.4 cents a gallon for diesel.

The first federal gas tax started in 1932 to fund public works projects related to roads and it was one cent a gallon. The Federal Highway Trust fund was created in 1956 to fund the construction of the Interstate Highway system and it was three cents a gallon.

The Federal Gas Tax was last raised in 1993

Meanwhile, the capacity of the Interstate Highway System, with the bulk of it built between the 1950's and 1970's, has not kept up with steady car population growth, causing massive traffic jams.

Amtrak's passenger railroad network can barely get train speeds to surpass those from the 1920's due to it sharing a lot of its tracks with freight railroads and the number of railroad crossings.

Another big source of tension for the federal Highway Trust Fund is that gasoline cars have to compete against non-automobile uses like public transportation and pedestrians for scarce highway funding from the trust fund fueled by gas taxes.