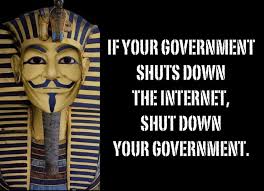 He waited one day, then another. On the third day he broke cover, hoping that a wave of arrests had come to an end.

He was seized at home by soldiers 12 hours later.

"If I had been connected," Mr. Masaraure said, "maybe I would have got information that it wasn't safe to be out there."

Internet shutdowns have become one of the defining tools of government repression in the 21st century — not just in Zimbabwe, but in a growing number of countries, mainly in Asia and Africa, that are seeking to quash dissent.

The shutdowns do more than stunt the democratic process. They can batter whole economies and individual businesses, as well as drastically disrupt the daily life of ordinary citizens, turning the search for mobile service into a game of cat and mouse with the police and driving people across borders just to send emails for work.