> Nato leader identifies space as the next 'operational - Freedoms Phoenix 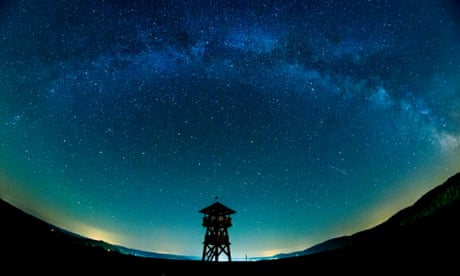 Nato is to turn its attention to space as an "operational domain" over concern that enemies of the western military alliance could cause chaos by jamming satellites.

Jens Stoltenberg, Nato's secretary general, said there was no question of weapons being deployed but that the alliance had to protect civilian and military interests.

The alliance was also seeking to improve the way it shared its assets in space, Stoltenburg, a former prime minister of Norway, said.

"Making space an operational domain will help us ensure all aspects are taken into account to ensure the success of our missions," he said. "For instance this can allow Nato planners to make a request for allies to provide capabilities and services, such as satellite communications and data imagery."

Soltenberg noted that there were 2,000 satellites in orbit and that space was central to the alliance's defence.

In two weeks leaders of the military alliance, including the US president, Donald Trump, will convene in London – at a difficult time. The summit follows remarks by the French president, Emmanuel Macron, who complained in an interview with the Economist that a lack of strategic cooperation among Nato members showed the alliance was suffering "brain death".

Last month Turkey, which has Nato's second-biggest army after the US, was given US approval for a military operation in Syria opposed by the UK, France and Germany.

Germany's foreign minister, Heiko Maas, has proposed to establish a group of experts headed by Stoltenberg to engage in political discussion on the alliance's strategic thinking in response to Macron's stance.

Stoltenberg said the proposal had received support from many allies, adding: " I think it has value and we will now look into it as we prepare for the upcoming leaders meeting."